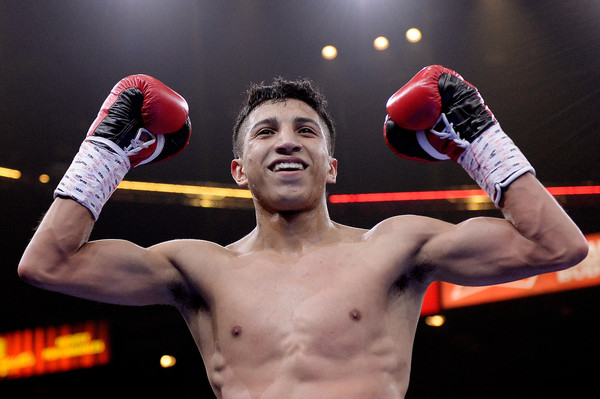 In what will be an all-out Texas affair, San Antonio’s own Mario Barrios (25-0, 18KO’s) will face off against Ryan “Cowboy” Karl (18-2, 12KOs) of Houston, Texas in a scheduled 12 round bout for Barrios’ WBA Super Lightweight championship. The fight was originally scheduled to be on the undercard of the twin Charlo brothers’ Showtime PPV telecast, however, Ronnie Shields, the trainer of Karl, informed Thaboxingvoice Podcast on a recent show that the bout had been moved to a new date

The new date finds Barrios and Karl competing on the undercard of Gervonta “Tank” Davis and Leo Santa Cruz’s October 24th Showtime PPV, ensuring that the bout stays on Showtime airwaves. While Tank and LSC will be fighting for each of their WBA titles (Tank’s Regular Lightweight title and Santa Cruz’s World Super Featherweight title), Barrios will be putting his own WBA Super Lightweight Championship on the line come fight night.

This will be Barrios first title defense since claiming the vacant title against Batyr Akhmedov back on September 19th, 2019 in what was a hard-fought victory. In fact, Barrios suffered a cut over his left eye in the 7th round of the fight, forcing him to show adversity, though the decision was a unanimous one in Barrios favor.

Since suffering his second career loss, Karl is on a three-fight win streak, all of which were early nights of work for the 28-year-old.

Mario Barrios will be live on Thaboxingvoice’s Podcast on YouTube tonight at 8 PM et.