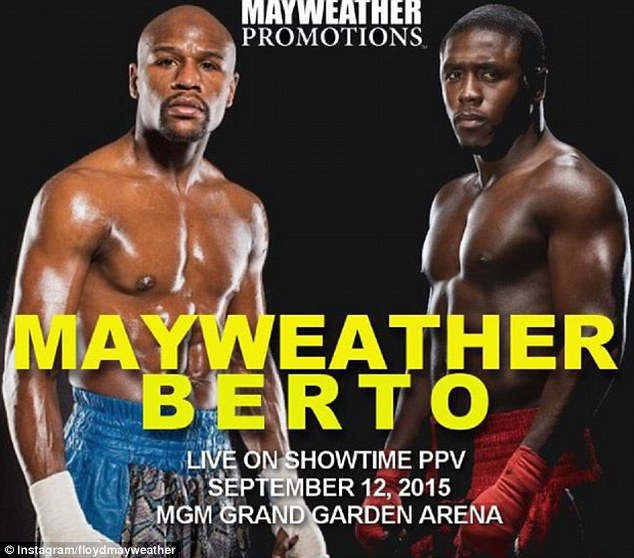 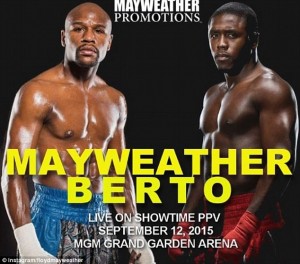 Andre Berto will meet Floyd Mayweather Jr. on September 12th at the MGM Grand in Las Vegas, Nevada. The bout will be contested on ShowTime PPV, much to the disappointment of fans that believed the fight would end up on CBS (#FreeTV for all?).

Few are giving Berto a chance, but that does not matter to the former welterweight titlist from Winter Haven, Florida. Berto plans on taking the best approach possible in hopes of pulling off the major upset.

Berto is taking every measure possible to ensure his preparedness for September 12th, which includes working with strength and conditioning coach Angel Heredia.

Thaboxingvoice has learned that Berto inquired about Heredia’s services in advance of the fight being finalized in an effort to be as ready as possible for Mayweather’s eventual decision. Sources close to the camp say that Heredia agreed, and now that the fight is final the coach and fighter will begin camp with roughly 5 ½ weeks to fight night.

Berto is an incredible athlete with plenty of heart. The interesting storyline will be which direction Heredia decides to take Berto’s training. Focusing on building power is a solid gamble because hurting Floyd is much more likely than Berto’s ability to outbox him. However, speed will be a key, too. Floyd is fast, but Berto is certainly not slow. With a well-balanced athlete to work with, the decision will be Heredia’s to make.

The other factor is time. Floyd might’ve strategically finalized this fight less than six weeks out with the intention of giving his opponent less time to prepare.

But Heredia has had a lot of success with the fighters he’s worked with and those men have shown real results in the ring, especially in the power department.

Berto will come in as the underdog, and the fan/media reaction to Mayweather’s choice of opponent has been mostly negative. But it appears as though that won’t stop him from making every effort in camp.