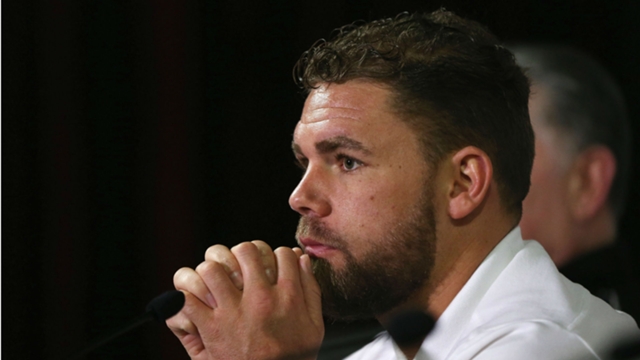 It’s a tale of irony for Saunders who ripped into Canelo Alvarez earlier this year due to a failed test as well. Earlier this year Saunders told ESPN “my opinion on [Canelo] is that he’s a cheat, a drugs cheat. He’s still a cheat, always will be.” Saunders went as far as to say that all of Canelo’s accomplishments and boxing is null and void in his eyes. ”Everything’s he’s done in boxing in my eyes has evaporated.”

Oh, how the tables have turned. With Sanders positive test, his upcoming bout with Demetrius Andrade is in serious jeopardy and Saunders more than likely will be stripped of his title.

This isn’t Sanders first with drugs as well as he was on video in the past offering drugs to a woman in exchange for sexual favors.