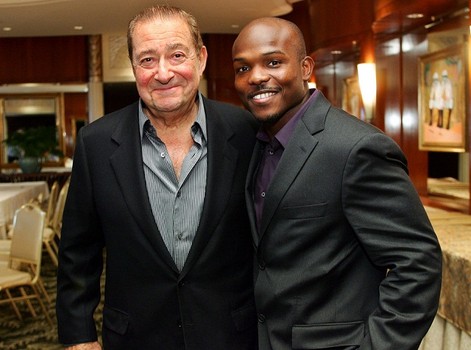 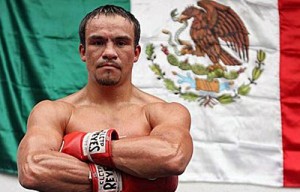 The future of Juan Manuel Marquez depends on the health of his knee. If Marquez tells his team that his knee is fine, Arum has a number of fights on the table, and in in particular in the United Kingdom.

“Let’s see what he tells us about the knee,” Arum told Fighthype.com “We have a lot of things that we’ve been talking to him about. We’ll see. There’s an English fighter that has a fighter in Kell Brook. Eddie Hearn has been telling us about Marquez-Brook this summer in England.”

But the knee is the primary issue.

“That’s well and good. He’s not going to go in for the money if his knee isn’t right,” explained Arum.

Robert Garcia, Brandon Rios’ trainer, wanted a Marquez fight for his fighter, but it seems like that’s not in the cards yet.

“Rios will be back before the end of June,” explained Arum. “We’re looking at a number of fights for him. We’ll see what comes into place. He can fight maybe Bradley, maybe Cotto. He’s a very exciting fighter.”

Most people are keen on a Brandon Rios-Victor Ortiz fight, but Arum says, I don’t know anything about Victor Ortiz.”