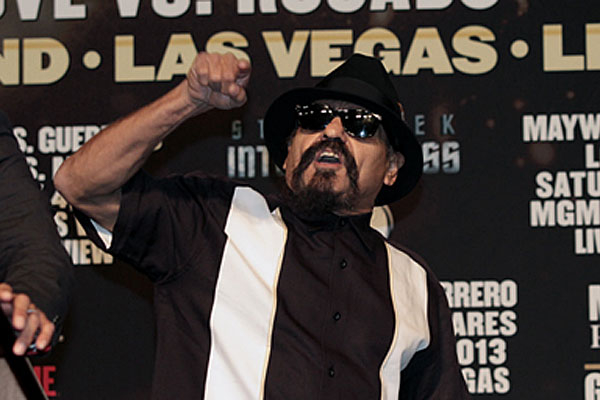 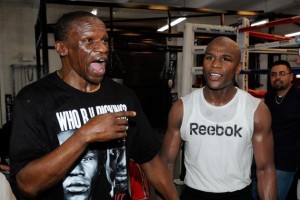 After six long years, Floyd Mayweather and Manny Pacquiao will finally be meeting in the ring. Just hours before Mayweather made the fight official, Ruben Guerrero beat the rush and put his pick on video via ThaBoxingVoice.

“I got the edge on Mayweather. Mayweather should uh, outpoint’em, outbox’em, outslick’em. Pacquiao, if he comes with his game and puts pressure on’em and can catch ’em… uh, there could be something going on there, like a knockout or something, you never know.”

He may have hedged his bets a little, but his pick is clearly Mayweather. Is it a coincidence that he is choosing the fighter that shut out his son Robert “The Ghost” Guerrero a few years ago? Eh, probably but he still had great things to say about both fighters.

“They’re both great fighters. I respect both of ’em. They’re the best fighters in the world right now, pound for pound; ya know and uh, I’m just saying man it’s gonna be a great fight.”

After six years, the only prediction I care about him being right about is the one about it being a great fight!

You can see Ruben Guerrero and his son Robert Guerrero take on Keith Thurman live on NBC, March 7th.