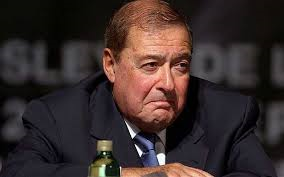 In a recent interview with 8 Count News, Arum stated that he has had a good relationship with Mayweather and would be willing to do whatever it takes to get the fight between Mayweather and Pacquiao to happen.

“I’ve always had a good relationship with Floyd when I promoted him,” said Arum. “I don’t know why he would say that. I have nothing against Floyd. We are in favor of doing whatever we can to ensure without any intervening that these two guys fight each other. As far as I can tell, there has been no movement to get that done.”