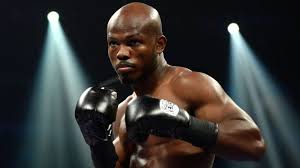 Timothy Bradley (31-1, 12 KO’s) is officially set to face Diego Chaves (23-2,19 KO’s) on December 13 at the Cosmopolitan in Las Vegas, Nevada. The bout will part of a triple-header, but the other fights are yet to be announced and the card will be televised on HBO.

Bradley has many tools in his arsenal. He has good speed, a good chin, he can box, and also brawl. The only thing he seems to lack is power, but makes up for it with a high level of grit and tenacity that only a few fighters can match. His consecutive wins over Ruslan Provodkinov and Juan Manuel Marquez placed him as a top five pound for pound fighter amongst many people’s list. While reaching the peak of his career in regards to stardom and respect, he landed a rematch bout against Manny Pacquiao. In the first half of the fight Bradley looked as if he wanted to put Pacquiao on the canvas and had some success. Then in the later rounds he seemed immobilized due to a calf injury, and Pacquiao took full advantage of it.

Bradley’s loss to Pacquiao in their rematch has not taken away people’s perception of him being a great fighter. He will look to get back in the win column with a very tough opponent in Diego Chaves. People have underestimated Chaves due to the low amount of exposure he has gotten in the United States. His two big name opponents have been against Keith Thurman and Brandon Rios, and he lost in both fights.

When revisiting the Thurman bout, Chavez was actually winning the first half of the fight. Then Thurman made the necessary adjustments and eventually put Chaves down with a body shot in the late rounds, which lead to a TKO victory shortly after. Then on the Rios fight Chaves was ahead on all of the judges’ scorecards with two rounds left before his disqualification. The tragic thing about this is Chaves was disqualified for an elbow he never threw.

Now Chaves gets to face another big named opponent in Bradley. Both fighters are looking to bounce back, and cap of the year with a great win. It’s an interesting match-up and has entertaining written all over it.