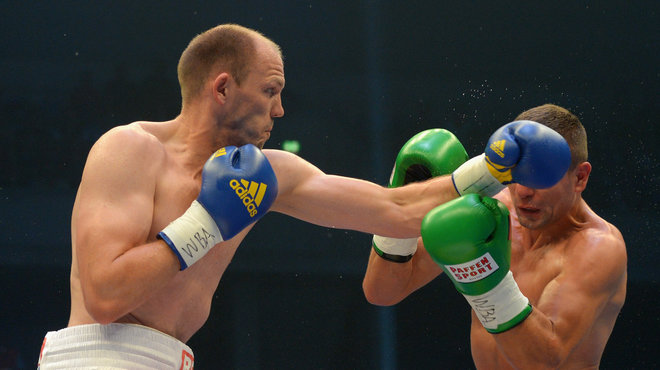 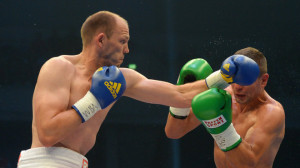 WBA World light-heavyweight champion Juergen Braehmer (47-2, 35 KO’s) put on a masterful performance in stopping WBA No. 7 ranked contender Konni Konrad in the eighth round Saturday in Germany. The 30-year-old Konrad, who held the International belt, retired at the conclusion of the seventh round.

In what initially began as a slow first round, both fighters traded in the center of the ring and took some solid punches, but Braehmer’s straight left hand was finding the target throughout the round.

A beautiful one-two combination sent Konrad reeling into the ropes, but he managed to stay on his feet.

Konrad appeared to be out of his depth. His signature straight right hand was neutralized as he couldn’t find the range while Braehmer popped him with the jab and kept him off balance with counter shots.

Braehmer continued to pound away with combinations to the head and body of Konrad in the fourth round, leaving Konrad smirking, but the damage was adding up.

Konrad only managed to land one meaningful punch, a right hand at the end of the round.

The fifth round saw shades of the opening round as both fighters found success trading in the center of the ring.

It all started when Braehmer tagged Konrad with a lead uppercut and an accidental forearm that was not acknowledged by referee Luis Pabon, but that didn’t stop Konrad, who came back with three clean shots of his own when he had his back against the ropes.

It’s the only round the judges could have considered giving to Konrad.

Knowing that he was behind on the scorecards, Konrad got more aggressive in the sixth, but it came with mixed results.

After landing a one-two combination, Konrad felt that rushing his man, and unloading was going to be the strategy to get him into winning contention.

He didn’t get that far as he was dropped to his knees from a counter left hand.

Braehmer was just too fast, too slick, too cute, and too smart for Konrad, who had no answer. And at the conclusion of the seventh round, Konrad surrendered to his fellow comrade.

As for Braehmer’s future, I think he would fare well against the Super champion in Sergey Kovalev, but we’ll see how things turn out.