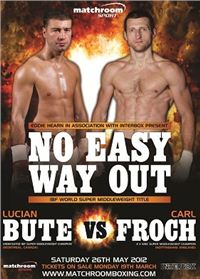 It seemed as though time was moving slowly for boxing fans in the month of April. April was a slow month to begin with, but regardless of the lack of meaningful fights in that month as a boxing fan you had to have been anticipating May’s schedule. It started with Hopkins-Dawson on the last Saturday in April and then it seemed as though boxing would shift itself into full gear.

I can remember looking (drooling) over the big fight cards that would take place in May and analyzing the fights one by one. Obviously, the fight of fights was Mayweather-Cotto. Perhaps the biggest money fight this year (all pun intended). As the dust has settled from the fight, I think we can agree on two things:  1) The fight was a lot better than most had thought it’d be initially and 2) the fight was a little less competitive the second or even third time around watching it.

The next major fight that was to take place in May (two weeks after Mayweather-Cotto) was Khan-Peterson II. A highly anticipated affair filled with intrigue in all facets of the fight. The fact that it was a great fight the first time around was only the tip of the iceberg; the controversy surrounding the first fight and the implications of the winner getting Pacquiao/Mayweather added to the scrutiny of the matchup.

Of course, some things are just too good to be true and in the case of Khan-Peterson II it really was. By now everyone is or should be well aware of the positive test turned in by Peterson, who has already admitted to having a testosterone pellet implanted inside him, causing the positive result which then resulted in the fight being cancelled less than 2 weeks before the date.

The third major fight on the card will happen (hopefully) May 26th in Nottingham, England and it will pit Lucian Bute vs. Carl Froch in a 12 round affair for Bute’s IBF super middleweight title. Before May even started I knew this would be the best matchup as well as the most underappreciated fight on the schedule. It’s not that it’s flying under the radar; in fact, the fight had begun to grow wings after the Peterson-Khan was scraped. I just figured a fight in England between two non-Americans being televised on Epix in the same month of a Mayweather fight wouldn’t get the type of attention it warranted.

So far, I’ve been half right. The residual effects of Khan-Peterson are still being felt well after the fact and have added to the clog in boxing’s media.

We can’t let this fight go unnoticed. I know that the “hardcores” will be paying attention for the most part; it’s the casuals I’m worried about. I said from the beginning that this was the best fight on paper in comparisons to the others in May, I’ll explain briefly.

I pre-judge fights based on two criteria. First, how good the matchup is in terms of action and competition; the fight has to be at least a 60-40 split for either fighter to win. It basically has to be a “tossup” kind of fight that will in all likelihood produce some fireworks. Secondly, how meaningful the fight is for the division in which the 2 fighters fight and it’s even better when boxing as a whole is affected by the outcome (i.e. P4P ranks). This just boils down to it being a meaningful fight between two relevant fighters in boxing and relevancy can depend on various factors so long as it exists.

So, when analyzing the 3 fights based on this criterion I determined Bute-Froch to be the slightly superior fight. Mayweather-Cotto had the “meaningful” aspect but the consensus was that Mayweather would win handedly. Although, many figured Cotto to be a difficult challenge (which he was) it wasn’t viewed as a highly competitive fight in terms of Cotto actually getting the victory. Also, Mayweather isn’t known for action packed fights and even with Cotto as an opponent it was hard to believe the fight would be high on action.

Khan-Peterson was a highly competitive fight filled with action the first time around. The problem is I’m always highly skeptical about the “rematch.” Even though I was a bit more optimistic with this matchup as opposed to some of the others in boxing’s past, it’s still hard to imagine that the rematch would’ve lived up to the first fight’s expectations (let alone surpass them).

This brings me to Bute-Froch; a fight that could very well be between the number 2 and 3 fighter in the 168lb division. This matchup has it all because it is almost a vital one for the division. With Ward not fighting Bute after the conclusion of the Super 6 tournament (like many hoped) it provides us with the 2nd best matchup in the division.

If you dwell a bit deeper, you’ll find the fight also serves as a means for both fighters. For Bute, it gives him a tough, credible opponent in Froch. Bute has been criticized by many in boxing for not fighting the toughest opponents over the last few years; leading many to believe the jury is still out on him. Personally, I don’t hold him all that accountable for it. The fact is Bute was left out of the Super 6 tourney, leaving him without a ton of credible opposition and even though his resume isn’t filled with the most dangerous opponents, he still handled them quite impressively. That’s all we can ask for from a fighter fighting low-level competition; so long as said fighter beats them in a manner that correlates with the level discrepancy it should be considered impressive. During a media call, Bute said Froch would stand to be his toughest opponent to date explaining why he chose this fight. “We have to look at his resume.  And obviously he fought the top quality opposition of the super middleweights.  We fazed them out so far.  So, we have to give him credit for that.  So, I have to admit that he’s probably my toughest or highest quality opponent I have faced so far.”

In Froch’s case he gets a chance to redeem himself against the highly touted Bute, which would keep him relevant in the division if he could pull out the victory (not to mention the light heavyweight division as well). It is important to rebound from such an uninspiring loss to Andre Ward. On the same media call, Froch discussed the Ward fight: “The Ward loss was very frustrating.  It was one fight that was on the buildup I knew it was going to be a hard night’s work.  I knew it was tricky.  I knew it was a spoiler.  I know what he does.  What he does, he does well.  He’s fast and he was catching me with left hooks.”

The fight is being billed as a potential Fight of the Year candidate and I couldn’t agree more. I commend Froch for stepping right back into the lion’s den so to speak. He could have taken a “rebound” fight against softer opposition, but instead he took a route that would lead him right back to where he left off pre-Ward.

I also commend Bute for taking the fight in Nottingham, England (Froch’s backyard) and making it that much more of a difficult fight. Aside from the soft opponents, Bute has also been criticized for fighting too many “home field advantage” fights in Canada. Bute, in this fight, will shatter all those naysayers and regardless of which fighter wins this can be the type of matchup that allows both athletes’ stock to rise.

I just see parallels in this fight, the kind that suggest something special beyond the spectrum. I’m not suggesting the epitome of epic, I’m merely salivating in its potential.