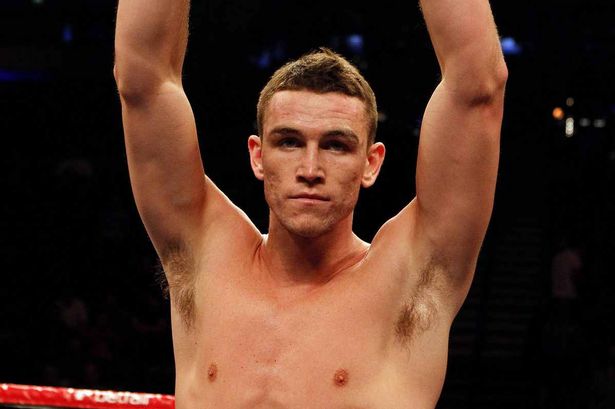 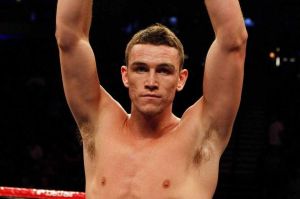 Callum Smith says he’ll show that he is ready to mix it with the very best when he takes on Nikola Sjekloca on Saturday night at the sold-out Echo Arena in Liverpool, live on Sky Sports Box Office.

Smith faces Sjekloca in an eliminator for the WBC Super Middleweight title with Smith’s International belt also on the line, and aims to make a statement as he celebrates a pro anniversary in style.

The 24 year old made his pro debut two years ago today (November 17) in Nottingham and has raced into World title contention after 14 fights and 11 KO wins – and a 15th success against the former World title challenger would see Smith signal his intent on the World stage.

“I don’t think anybody expected me to come this far in two years,” said Smith. “If you had asked me where I would be two years from my debut, I would have thought I would still be unbeaten but maybe getting towards British title level – that is sort of average for amateurs turning pro. But I had a lot of first-round wins early on and when you knock people out in the first round the only option is to step up, but then I knocked them out first round. I kept stepping up and delivered every time I stepped up and if you keep delivering then you will keep stepping up.

“On paper this is a massive step up but we won’t know how much of a step up it really is until Saturday night. He has had 30 fights and has only lost two, both of them World champions. It is only the best who have beaten him but I believe I am good enough to beat him and I certainly think I will prove it. I am ready for it, I wouldn’t have taken the step up if I didn’t believe I was ready.

“I had watched a lot of him because he boxed Arthur Abraham in the fight before Paul boxed Abraham, so that fight was on in the gym a lot, so I know what he is like stylistically and I remember watching him and thinking it would be a good step up for me. He is a good upright boxer, he likes to keep everything long, but I am tall myself and I feel my inside works a lot better than his and whatever he brings I can bring better.

“Abraham and Bika are well known and experienced fighters in my weight division. Sakio Bika was WBC World champion until the summer, and Abraham obviously still is WBO World champion, so they are not mugs who have beaten him and he has beaten everybody else who has been put in front of him and there are some good fighters on his record. It is a step up but it is me who is taking the jump up, it wasn’t put on me, so it is a step I feel I am ready for. If I didn’t feel I was ready for this step I wouldn’t have taken it or would have taken a smaller jump up but I definitely do feel it is a fight that will bring out the best of me.”

One man that has been impressed by Smith’s rise is potential British rival James DeGale MBE. The Olympic gold medal star faces Marco Antonio Periban in Liverpool on Saturday, but said he’ll be a keen observer of ‘Mundo’s’ fight.

“I’ve always rated him,” said DeGale. “He’s tall, he’s got power, great body shots and he’s done everything right, he’s been KOing people and looking good. We don’t know how good he is as the best people on his record are Patrick Mendy who he stopped in one round, really good stoppage win, Tobias Webb in a round, again a good stoppage, but this is a good test on Saturday and if he beats him and does it well then we know he’s up there and I am looking forward to seeing how he progresses because the Super Middleweight division in England is firing.”

Smith’s clash with Sjekloca is part of a huge night of action on Merseyside as Nathan Cleverly and Tony Bellew renew hostilities.