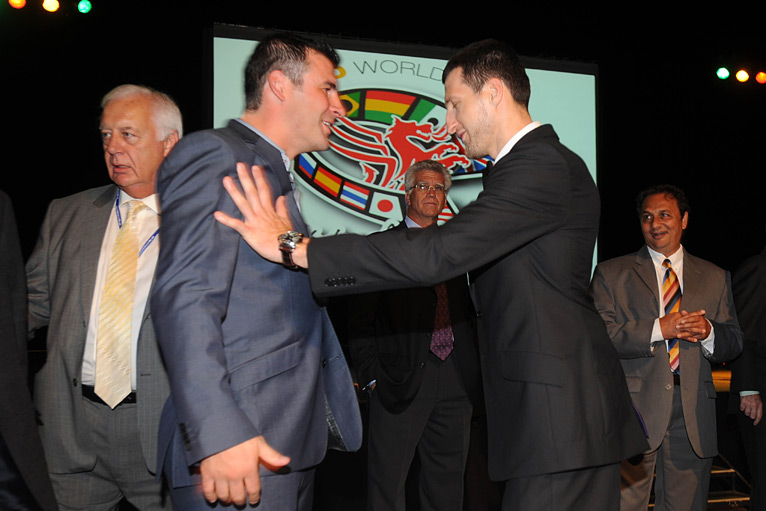 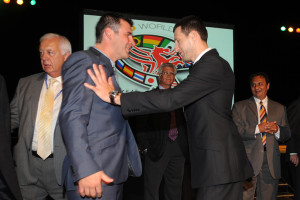 Former super-middleweight champion Joe Calzaghe retired with a record of 46-0 with 32 knockouts. He unified the WBC, WBA and WBO titles of that division. In a reign that lasted a decade before signing off on his illustrious career by beating two ageing legends in Bernard Hopkins and Roy Jones Jr under in Las Vegas and New York City lights respectively.

The Welshman’s career in one that is envied and sought after by the pros of today, but when he recently spoke to Skysports.com he says he still left one stone unturned.

“If there was one fight I wish I had fought, it would have been Carl Froch. At the time I had bigger and better things, fighting Mikkel Kessler for the undisputed championship of the world, and then I stepped up to light-heavyweight to win a Ring Magazine in America against the then pound-for-pound best (Bernard Hopkins).”

England’s Carl Froch(33-2, 24KO’s) has held every version of the 168.lb. belt save the WBO and has compiled a record that is debatably superior to Calzaghe’s for the opponents he has faced if not for remaining undefeated. Froch’s only unavenged loss has been to the imperial American Andre Ward, who has reportedly remained unbeaten himself since he was a young teenager. No shame there.

Towards the latter end of Calzaghe’s career, a young Froch was incessant in his desire to get the man at the top of the tree into the ring with him. But as Calzaghe alluded to above, he had bigger fish to fry.

Calzaghe says he has been surprised by Froch’s achievements and gives him credit for all he has done, in backhanded kind of way.

And even though he ruled out the possibility of stepping back through the ropes himself he says would immediately go for the leader of the pack if that situation ever arose.

“I’ve been retired six years and I’m not coming back now. If I was coming back, I’d fight the best – Andre Ward is the best right now. He’s No 1 in the world, and Froch has never been that. Andre Ward and Kovalev, they would be the fights.”

“Speed kills. I make good fighters look ordinary; that’s what I did. Styles make fights, speed kills, simple as that.”

It is a crying shame that just a few years separated Froch and Calzaghe from being viable opponents because they would have combined to have a war for the ages. Calzaghe with his hand speed, and unorthodox combinations from the southpaw stance against a rugged Froch, who brings power and awkwardness with his long levers and underrated boxing ability. Both have jaws of steel and tremendous cardiovascular endurance. It’s a pity we’ll never see it.

But just in case you are in any doubt as to who Calzaghe believes would have won out on that occasion;

“It would have been a great fight, a big money fight, and I would have demolished him.”

The truth in the latter part of that statement will be debated for a long time to come.

Froch though has been left in a strange limbo as he ponders who he will face should he return after a year-long absence littered with talk of retirement. If he does decide to call it a day there is no doubt he will be held aloft in the same manner as his older rival. To be treasured as one of the best ever to come from that part of the world.