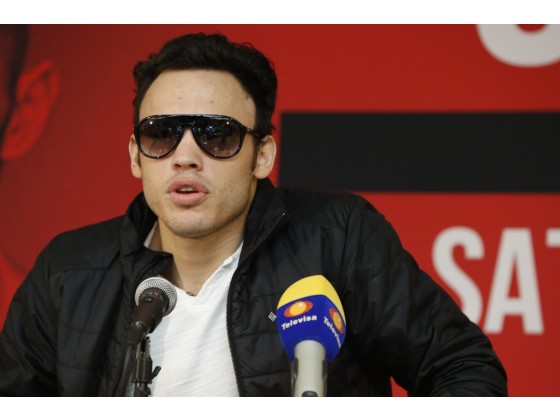 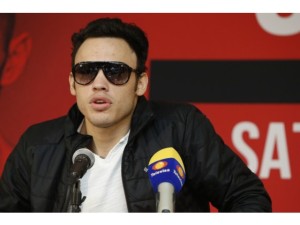 Chavez Jr. retired on his stool at the end of the ninth round having been outworked and out-punched by a natural light-heavyweight up to that point.

Following that disappointing display, he endeavoured to get his weight back down to somewhere near the middleweight class he was once so dominant in. To do so, he acquired the services of renowned Mexican trainer Robert Garcia.

Garcia has trained fighters -including former champions Brandon Rios and Evgeny Gradovich amongst others- display the same relentless, come-forward style that Chavez has become synonymous with in his half-century of professional fights.

In a video from Esnewsreporting.com, the pair looked to be getting on splendidly in the gym as a shirtless and surprisingly muscular Chavez jumped rope while Elie Seckbach posed some questions.

They covered a few topics in a bilingual conversation that eventually turned towards a hypothetical match between Filipino superstar Manny Pacquiao and the new WBO World super-lightweight champion Terence Crawford.

As Chavez continued to jump rope he was asked if he thought Pacquiao would win and he replied with a resounding, “Yes! Knockout, speed, speed, “ before continuing in Spanish that Garcia then related.

“It’s not that he’s taller or bigger,” said Garcia, “but his arms, his weapons, are a lot more than what Crawford has. I agree with that.”

Chavez also dismissed Crawford’s size advantage by saying Pacquiao hurt “a 154-pounder in [Antonio] Margarito,” though there are far more attributes to factor in than this.

Both men’s thoughts on the imagined outcome of Pacquiao vs. Crawford are less important than the interaction evident on the video footage.

They have a friendly patter going on between themselves, and Chavez looked to be intent on his training even while the conversation was ongoing.

If Garcia is the man to make Chavez finally knuckle down and fulfil the potential promised by both his family name and the achievements of his early career, we could see a rejuvenation of a wayward Mexican star when he next appears on July 18th in a ten rounder against Marcos Reyes (33-2, 24 KO’s) in El Paso, Texas.

Reyes has a decent record but has fought largely within his native Mexican borders. He has yet to fight anyone of note and will likely serve as an opponent against whom Chavez can ease back into the ring.

This notion is enforced by Garcia mentioning Miguel Cotto’s comeback run after suffering two defeats on the bounce against Floyd Mayweather and Austin Trout in 2012.

Cotto took a 10-month break and knocked out Delvin Rodriguez on his return. He then captured the WBC middleweight title by stopping a dented Sergio Martinez.

His controlled demolition of Daniel Geale last week was his most impressive in some time, and his route back to the forefront of the sport in one that could work well for Chavez and Garcia if they choose to mimic it in some way or other.