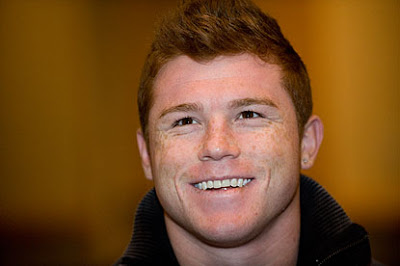 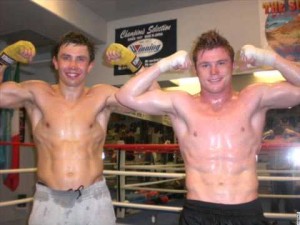 With negotiations between Miguel Cotto and Saul Canelo Alvarez not coming to fruition, Canelo (41-1, 31KO’s) has decided to take on James Kirkland (32-1,28KO’s) in his next bout at 155 pounds on May 9th, 2015 at Minute Maid Park in Texas.

The 24-year-old superstar from Mexico is very young but has made a name for himself amongst the boxing elite. A win over James Kirkland could only solidify his place in the super welterweight division. Alvarez is coming off a two-win streak with victories over Alfredo Angulo and Erislandy Lara since his majority decision defeat to Floyd Mayweather Jr. With the loss behind him, Canelo acknowledges that he has started a new part of his career.

When asked by Esnews.com about his fight against Kirkland, Canelo replied, “James Kirkland knows what he needs to do in order for him to give the people a good fight.”

Canelo’s opponent James Kirkland has been inactive since his last win over Glen Tapia in 2013 but is coming back to take on one of boxing’s favorite young stars. Kirkland will be fighting without the assistance of his former trainer Ann Wolfe, which is a questionable decision amongst the boxing community. Kirkland will be fighting in a predominately Pro-Alvarez house where the assistance of Wolfe would have paid dividends, but Kirkland has decided to hire virtually unknown Gerald Tucker for the biggest fight of his career.

With the middleweight championship divided between knockout king Gennady Gennadyevich Golovkin and Lineal Champ Miguel Cotto, questions linger on whether Canelo will be willing to fight either of these champs. Perhaps negotiations could revive between Canelo’s and Cotto’s respective camps if Alvarez can get the job done against Kirkland, and Cotto wins his fight on June 6 against an undetermined opponent.

GGG has made it known that he’s willing to come down to 154, while Canelo has refuted the possibility of going up to 160 at this time. A catch-weight could be a possible solution to any weight class issues that may arise during negotiations, while the possibility of this super fight would leave any fight fan intrigued.

Saul Alvarez has experience with undefeated Golovkin having sparred with the most ducked fighter in the middleweight division.

Canelo has felt Gennady’s power and has recognized he is a strong fighter; the question stands on whether he is willing to fight the dangerous middleweight champion. GGG’s next bout will be against Willie Monroe Jr., one week after Alvarez’s fight on May 16th at The Forum. Golovkin has tried to stay active since any chance at a big fight has eluded him. A September bout between Golovkin and Canelo would give fight fans yet another amazing fight to look forward to this year.

2015 is set to be an exciting year of boxing, with mega-fights, which have been announced, and potential mega-fights such as, GGG and Canelo Alvarez. Boxing fans have much to look forward in the upcoming months and only time will tell how new announcements may make 2015 a more historic year in boxing.