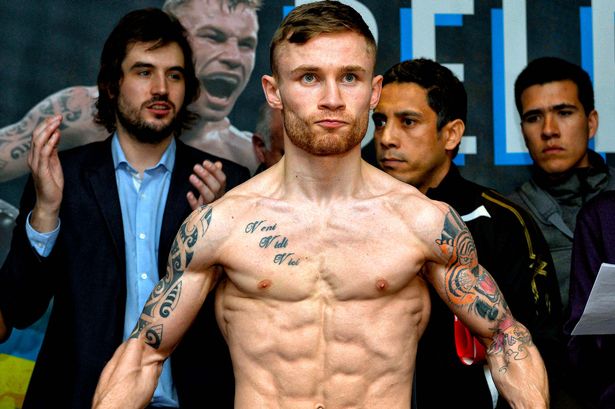 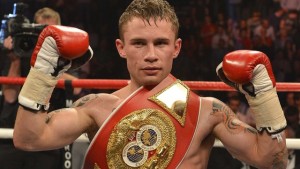 On Saturday afternoon, February 28, Carl Frampton will make the 1st defense of the IBF Super Bantamweight title when he takes on mandatory challenger Chris Avalos in a bout that can be seen live and exclusively in the United States on AWE–A Wealth of Entertainment

The card will originate from the Odyssey Arena in Belfast, Northern Ireland and is promoted by Cyclone Promotions.

“We are very excited to bring this great title bout to the American fans,” said AWE President, Charles Herring.

“We televised Frampton’s last bout with Martinez and it was an excellent fight. Avalos is the number-one contender, and we know he is eager to bring the belt back to the United States.”

Frampton of Belfast has a perfect record of 19-0 with 13 knockouts and won the title on September 6 when he defeated reigning champion Kiko Martinez with a 12-round unanimous decision. That bout was televised exclusively on AWE.

The 27-year-old Frampton is a former Celtic champion. He won the Commonwealth title with a 4th round stoppage over Mark Quon. He defended the title with wins over Kris Hughes (15-1) and Prosper Ankrah (18-2). He won the IBF Intercontinental title with a 12-round unanimous decision over previously undefeated Raul Hirales and then stopped former world champion Steve Molitor (34-2) in 6 rounds.

Frampton won the European title with a 9th round stoppage over Martinez and made one title defense over Jeremy Parodi (35-1-1).

After a 2nd round stoppage win over Hugo Cazarez, Frampton captured the coveted world title on September 6.

Avalos of Lancaster, California has a record of 25-2 with 19 knockouts.

He won the WBO NABO Bantamweight title with a 2nd round stoppage over Jhon Alberto Medina.

In his last bout, Avalos stopped Jose Cen Torres in 5 rounds on November 8 in Pharr, Texas.