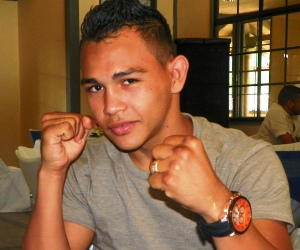 Sabillo will be the biggest test the young Nicaraguan’s career and Buitrago is taking the fight very serious  because Sabillo is a dangerous opponent.

“Sabillo is a boxer who moves in the ring,” said Buitrago. “He knows how to get around and is a great southpaw and I have seen him knock people out with both hands and I believe it will be a great fight.”

Buitrago added that Sabillo’s style has a similarity to Nonito Donaire’s.

“Sabillo has a style that can be compare to Nonito Donaire’s. His legs are very fast and he has a great hook. I have seen that he always attacks his opponents but with me it will be different.”