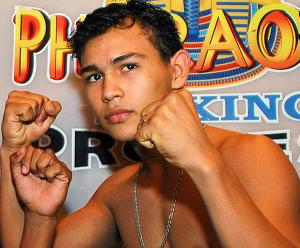 Nicaraguan superstar Carlos “Chocorroncito” Buitrago (27-0, 16 KO’s) received a contract a couple weeks ago to go to the Philippines for a title unification bout on November 30th against Merlito Sabillo (23-0, 12 KO’s). Buitrago currently holds the WBO minimum weight interim championship whereas Sabillo is the regular champion for the WBO.

Buitrago has recently signed his contract and the fight is a go but feels it will not be an easy task as Sabillo is no joke and fighting the champion at the champions home ensures that the odds are already against him.

Sabillo has knocked out his opponents in his two title fights and will be looking to make sure that Buitrago does not come in to take what is his, especially at home.