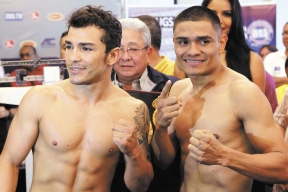 Bryan “Tiquito” Vasquez (32-1, 17 KO’s) will not be taking any time off after his recent title victory, according to his trainer Ezequiel Obando. The plans are for Vasquez to face off against a Mexican opponent in the coming months to keep an interest on Vasquez who is Costa Rica’s top fighter.

Vasquez won the WBA interim super featherweight title last Saturday in a fifth round technical decision over Nicaraguan Rene “Super Chirizo” Gonzalez in Costa Rica in what was becoming a really good fight at the time of the stoppage.