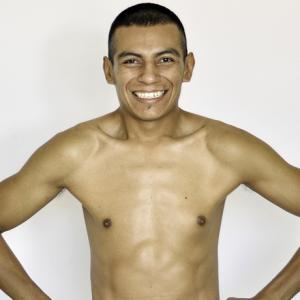 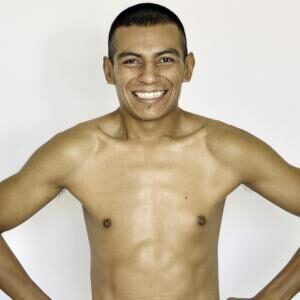 Robinson Castellanos now improves to an unimpressive record of 20-10 with 13 knockouts, after a very impressive win over the undefeated fighter Ronny Rios. Castellanos from the opening bell seemed like a man on a mission.

In the first round Castellanos began throwing multiple combinations inviting Rios to exchange. Both fighters delivered great action landing their own punches, but Castellanos was able to outwork Rios. Near the end of the round Castellanos suffered a cut over his eye that was officially ruled a head butt, but the replay clearly showed it came from a strong overhand right from Rios.

In the second round, the fight took a dramatic turn. Castellanos began to overwhelm Rios with his offensive onslaught, and caused Rios’s legs to wobble as he tried to survive the round. Then Rios delivered an accidental low blow, but Castellanos took it and smiled, then preceded his non-stop aggression. As Rios sat on his stool after the round, his corner began to yell at him asking him if he was okay, and what was he doing in there.

The same pattern continued throughout the fight. In the fourth round the referee was warning Rios he has to fight back, or else he would stop the fight. As Castellanos continued his domination, Rios seemed out of it as he headed back to his corner after the round. Commotion began taking place in the corner of Rios, involving the referee, ringside doctor, and his team. Rios’ trainer told him he had one more round to do something or else he would to stop the fight.

In the fifth round Castellanos immediately jumped on Rios, and the referee stopped the action to prevent Rios from taking any more unnecessary punishment. After the fight Castellanos said, “Don’t judge me off my record. I know what I am capable of and showed it tonight.”

Castellanos also called out Johnny Gonzalez and Rocky Juarez after his win. After this impressive performance one cannot count out Castellanos against either opponent. Whether he fights Gonzalez or Juarez, it will surely to deliver an exciting and competitive match.