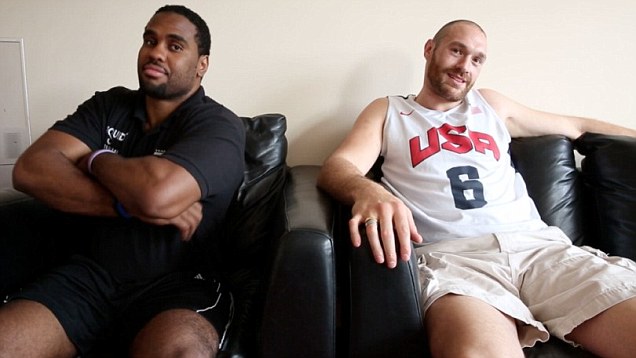 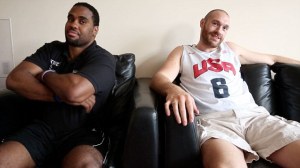 American heavyweight ‘Fast’ Eddie Chambers believes gym mate Tyson Fury will score a repeat victory over bitter rival Derek Chisora on November 29 and put himself right in the mix for a shot at the world heavyweight championship in 2015.

Chambers, of course, boxed for the world heavyweight title in 2010. And now, as a fully-fledged member of Team Fury, the Philadelphia slickster couldn’t be better positioned to analyse the form of Fury ahead of his British and European title fight.

“Chisora is not going to do anything differently to what he’s been doing his whole career,” said Chambers, who fights this Saturday (November 8) at Glow, Bluewater. “He’s a tough, durable, come-forward, swing-big-shots-at-you kind of guy. He’ll try putting the pressure on again and he’ll want to be a little more mobile than he was first time around so that he can try and cut Tyson off.

“The problem for him is that Tyson has no shutdown. This dude works like a maniac. Even though he’s one of the biggest heavyweights in the world, he has an engine like a four-year-old. He doesn’t stop. He’s always running around. He’s always active. Sometimes you look at him and think, ‘Man, just take a nap. Slow down. Stop it. Get tired.’

“Also, his length and boxing ability will always cause Chisora problems. It would be different if Chisora didn’t throw a lot of punches and was careful and calculated. But that’s not the case. He pressures you and he attacks and leaves gaps. It’s going to be very difficult for him to get close to Tyson without eating shots on the way in.

Chisora’s toughness and grit often neutralizes the advantages of his taller opponents, but Chambers doubts that will be the case on November 29. He fully expects Fury to dominate. He’s almost tempted to predict a stoppage.

“David Haye is the only guy to stop Chisora and he can really crack,” said Chambers. “He hits extremely hard for a man of his size.

“But Chisora is going to feel that same sharpness and snap on November 29. And, rather than taking punches from a 15-stone dude, he will be taking punches from a man weighing 18 or 19 stone. That’s a big difference. You can’t keep taking that kind of punishment and expect to last too long.

“I’m not saying Chisora’s going to get stopped. I’m not 100% sure yet and you never can be certain. But, let me tell you, taking punishment from a big, athletic dude over any amount of time is not fun. It makes you think, ‘Damn, I’m not going in there. I’m staying out here where it’s safe.’ And when that happens, it starts to become a fun fight for Tyson Fury.”