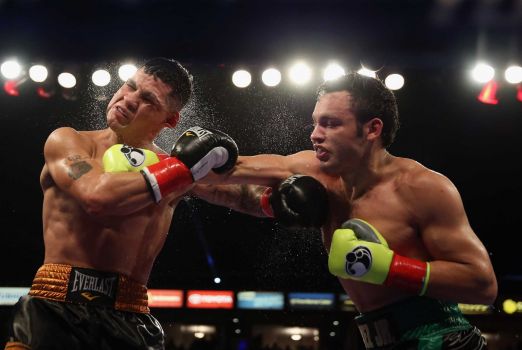 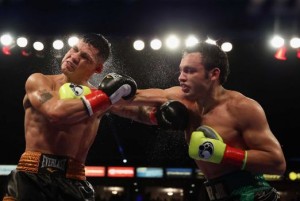 After a substandard performance against Marcos Reyes in which the 29-year-old Chavez won a 10-round unanimous decision, the former WBC middleweight champion is already thinking about the future.

With both fighters signed with Al Haymon, the fight could be made fairly easy. However, Bute has not been an active fighter in the last couple years.

He was scheduled to fight Jean Pascal in May 2013, but had to postpone the fight after sustaining an injury during training, which resulted in surgery to remove bone from his left hand

After losing a one-sided fight to Pascal in January 2014, Bute had begun to work with Freddie Roach around September of that year. Scheduled to fight Roberto Bolonti that December, Bute sustained a back injury, forcing him to pull out of that fight as well.

Bute is scheduled to return to the ring to face Italy’s Andrea Di Luisa (17-2, 13 KO’s) in a 10-round super-middleweight fight on Premier Boxing Champions on NBC Sports Network on Saturday, August 15.

If Bute can avoid the injury bug and manage to defeat Di Luisa, the chances of a fight with Chavez are likely.

Chavez suffered an injury of his own during the Reyes a fight, a hairline fracture of his right hand, which will take three weeks to heal before he can resume training.

Chavez told ESPN Deportes that he tends to have more of these type of injuries when he isn’t as active.

“I need to be more active. When I don’t fight is when I have more problems,” Chavez Jr. said. “So, we think that I can go back in October. We talked about a couple of names, among them being Lucian Bute, but first I ave to be okay with my hand and not give an advantage.”

Bute is fast, his hand speed appeared drastically reduced against Pascal. He has a good amount of power, but none of that was exhibited until the final round against Pascal in what was a mostly dormant performance.

We’ll have to wait and see.