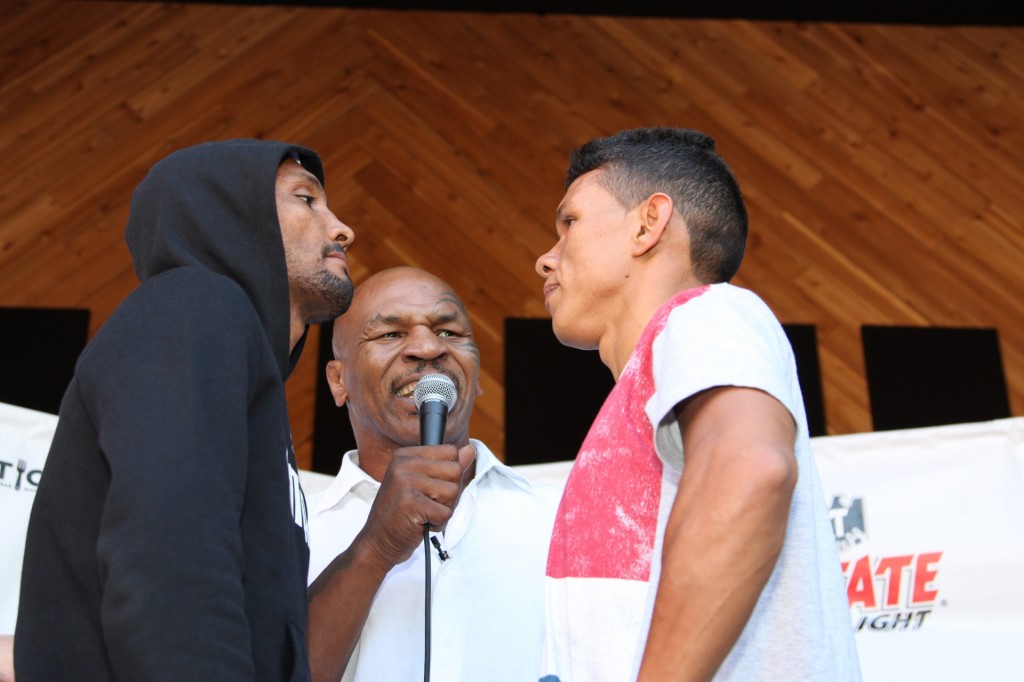 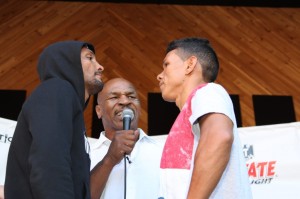 Tomorrow night Mike Tyson’s Iron Mike Productions continues a strong 2014 calendar year with a world title fight to close out the month of September from The Mesquite Arena in Mesquite, TX. In the main event, WBA “super” bantamweight titlist Anselmo “Chemito” Moreno (35-2-1, 12KO) of San Miguelito, Panama attempts to defend his title for 13th time as he faces off against unbeaten WBA #1 ranked contender Juan Carlos Payano (15-0, 8KO) of Dominican Republic in a 12-round bout. The co-main event features local middleweight Charles “The Future” Hatley (24-1-1, 16KO) of Dallas, TX battles veteran Richard Gutierrez (28-13-1, 17 KO) in a 10-round middleweight clash.

The 29-year old Moreno has been the unsung bantamweight king (118lbs) since capturing the title overseas in Germany with a split decision over Volodymyr Sydorenko in 2007. The sleeky southpaw considered by many to be one of the better craftsmen in the sport today has reeled off 13 of 14 victories since winning the WBA title. The lone defeat on his ledger in the last 12 years was moving up in weight (122lbs) unsuccessfully in an effort to knock off the renown Abner Mares in 2012 for his WBC super bantamweight title.

Not only is Moreno a well schooled technician, the Panamanian has travelled to Venezuela, France, Germany and Haiti, so to defend his title and tomorrow night will be no different as he makes the fourth appearance stateside in attempt to keep his reign in the bantamweight division. The 30-year Payano made his big splash on ESPN “Friday Night Fights” earning him the coveted number two ranking by the WBA scoring a 7th round knockout of previously unbeaten Jundy Maraon back in June 2013. The 5’5 southpaw has been relatively inactive since having fought once versus journeyman German Meraz (UD8). Payano, over his short career, has been in with relatively soft opposition up to this point only going 10 rounds three times and never tasting the championship rounds thus far. Having turned pro just four years ago Payano will be taking a leap in class tomorrow night as he looks to become the only world champion currently from the Dominican Republic.