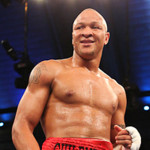 27 year-old Isaac Chilemba (23-2-2, 9 KOs) is hoping for some big fights in the not too distant future. Following his recent victory over American Cory Cummings, the ambitious Malawian shared his future plans with Tha Boxing Voice, “I want a title shot” before going on to name all the big players at 175lbs. “My goal is to defeat all of the guys above me, (I want) all of them: Stevenson, Kovalev, Hopkins, whoever comes first, I’m up for a challenge”.

Just securing a fight against any of them will be his first challenge; A bout with Adonis Stevenson is unlikely. Jean Pascal is scheduled to fight in November and Sergey Kovalev is fighting Bernard Hopkins next time around so it’s not too clear when that title shot will come, or even who it’ll be against.