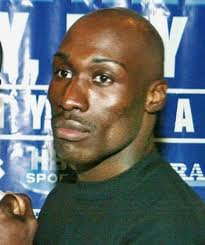 DeMarcus “Chop Chop” Corley is making an attempt to push himself into a top spot in the lightweight division and hopefully into a new promotional contract late in his career.

Corley has won 1 of his last 4 fights. He lost a unanimous decision against Franklin Mamani in December and will be looking to bounce back with a big win hopefully in March against John Molina.

Molina last fought in November winning via second round KO  over Jorge Pimentel but his most notable fights/opponents are KO’s over Mickey Bey and Hank Lundy and a KO loss over Antonio DeMarco.

Corley believes that Molina was able to KO Bey and Lundy because they do not know how to finish their opponents.

“No disrespect to Hank Lundy or Mickey Bay but I’m “Chop Chop” and I have much more wisdom. I am a veteran fighter and I know what to do in the early rounds and in the later rounds and that is to finish my opponent.”

Corley was once scheduled to take on Golden Boy prospect Frankie Gomez but Gomez had to pull out due to an injury. Corley was never updated on Gomez’ injury status and decided to move on from there.

“I haven’t heard anything from that. I don’t think Frankie ever fully recovered from the injury . We was always ready for Frankie but we never got a word that he was healed to fight again so we just moved on.”

Corley has had a long career and he wants to make sure he makes the most of it no matter how much longer it lasts. If he is able to land a contract with a big promoter he can get bigger and better fights and make more money and that’s what he believes Golden Boy Promotions can do for him but first he must get past his next opponent.

“The thing is to win this fight and let my manager conduct business and hopefully we can close the deal.”