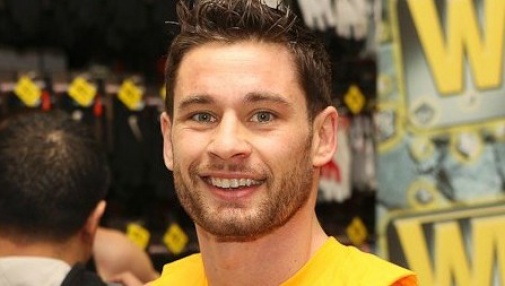 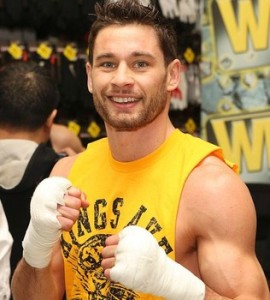 Although Chris Algieri is the underdog going into his fight on November 22 against Manny Pacquiao, he sounded more like the favorite earlier this week when he spoke to the press at a media conference in Los Angeles.

Algieri let members of the media know right away that he was not intimated one bit by the Filipino icon. “The eyes tell a lot. I saw a fire in Manny’s eyes. That makes me realize that he knows that this is going to be a good fight,” he said.

When asked how he would deal with Pacquiao aggressive style, Algieri turned the tables and had a question of his own. “Before the Ruslan fight people asked me, ‘How you are you going to deal with this guy for twelve round he is a monster?’ I switched it right around. How is going to deal with me? I met him in his corner almost every round. I’m a boxer but I’m an aggressive boxer. I’m in your face for twelve rounds. Manny is used to overwhelming guys but he may feel a little overwhelmed himself.”

Many fighters have tried to be aggressive with Pacquiao before but have had little success. They always seemed to crumble under his intense firepower. Algieri explained why this time it will be different. “He’s had guys who came in the front door. I can be an aggressive boxer without going straight at you. There are so many angles in there. There’s 360 degrees, it’s a square ring but it’s a circle, so moving around that ring there are so many angles you can cut. I can be aggressive and move forward without walking through the front door and getting tattooed like most of his recent opponents.”

Most fighters feel that their dream has been accomplished once they win a world title and it’s usually enough for them. They feel that the mission has been completed. Algieri isn’t one of those fighters. “These are the fights that you want. You want to be a world champion. Alright well I did that. Well I want more. I want to fight the best now. You don’t get much better than Manny Pacquiao, so this is where we are at, and this is what being a young champion is all about.”