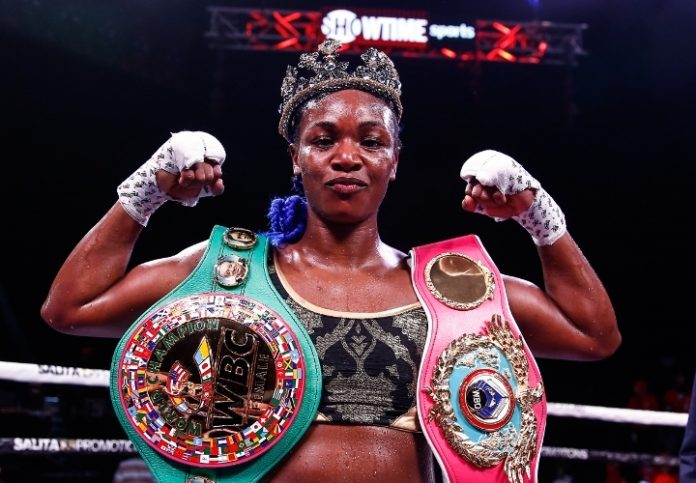 Claressa Shields has done a lot in women’s boxing in a little amount of time and she ain’t done yet. On March 5th, Shields will fight to become the undisputed junior middleweight champion against Marie Eve Dicaire. Should Shields win, then move down welterweight would be the next step.

The current undisputed champion at welterweight is Jessica McCaskill. McCaskill stunned many in the boxing world last August with her majority decision win over Cecilia Brækhus.  McCaskill currently has a rematch set up with Brækhus on the undercard of Estrada-Gonzalez 2 and if victorious plans on taking a fight with Shields, which she has stated as part of her plan. That is something Shields believes is rubbish.

“You have never introduced the plan to fight me at no 147, as you just came up from 140! You don’t even possess the skills to give me any problems on top of speed” stated Shields via Twitter. “So you focus on Brækhus before you start spitting lies.”

“And lastly Jessica I don’t have to make no desperate decisions for a fight, you fool. I fight for the undisputed super Welterweight title March 5th on FiteTV PPV  by the way! It’s really levels to this and you and Brækhus are B level fighters.”

Brækhus responded to Shields and stated that she’s sold out fights twice and has close to one million viewers when she fought on HBO. Aside from that, she’s been selling PPVs for years.

“Shut yo ass up Cecilia get back to me when you get your titles back, IF YOU GET THEM BACK,” clapped back Shields. The tension has been brewing for years and hopefully everything will come full circle this year.