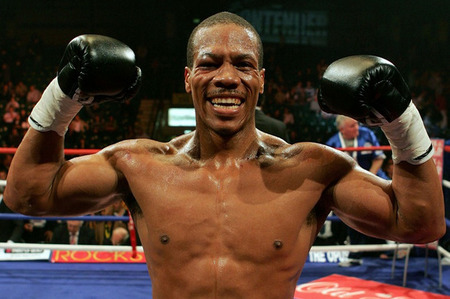 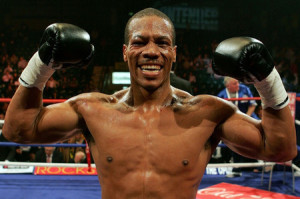 The odds are stacked against the former Contender winner, not only is the fight in Mexico but at the age of 41 “K9” is attempting to become the oldest junior middleweight champion in the history of the sport.

However, due to him being the co-promoter of the fight he says the location doesn’t concern him and he doesn’t have to worry about any suspicious or crazy judging. He also gives his previous experiences fighting outside the USA as a reason for not being worried about fighting in Cancun. “I’ve fought in the UK, I’ve fought in Germany, going overseas is nothing new to me.”

This fight came about after Bundrage was supposed to fight Austin Trout for the title eliminator but ended up fighting Joey Hernandez who he beat on points back in January, earning the number one spot.

“The Dog” lost his belt a year ago against Ishe Smith and seems genuinely excited and confident about his chances of getting what he describes as his belt back already. This is rare that someone is excited to fight Carlos Molina. “It don’t matter if it’s against Carlos Molina or Mike Tyson, when the opportunity to become a world champion and in my case a chance to become a two time world champion, it’s a blessing, I’ve fought guys like Carlos Molina in the gym, I’ve fought guys like him. He might not be a crowd pleasing guy but I think his style and my style will make for a good fight. He’s a straight forward going guy. I’m a straight forward going guy. Styles make fights. Just tune in and you’ll see the best K9”.

At 41 he rightly points out that Bernard Hopkins and Floyd Mayweather are also up there in age but still doing their thing at the highest level and the born again Christian also points to his faith and late start in the sport as reasons to keep going. “God has bought me a long, long way and at 41 years old, I ain’t even trying to think about retiring, my body is fresh, I started late, I only had 10 amateur fights, so I’m a fresh 41 year old”.

He ended the interview giving out his social media name (@k9boxing) and stated he is going to be posting up some classic footage of him sparring the legendary Hector Camacho on YouTube in the near future, so be on the lookout for that.