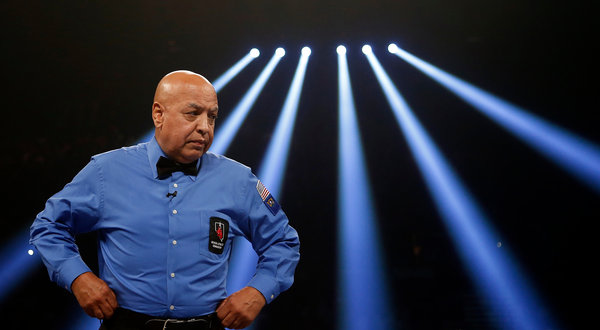 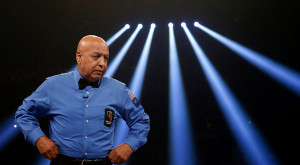 Miguel Cotto and Canelo Alvarez is close to being official. What we know so far is that the date will be on November 21st, and it will be broadcast from the Mandalay Bay Hotel & Casino in Las Vegas on HBO PPV at a catch-weight of 155-pounds. Now, we just wait on an official announcement.

Joe Cortez has refereed both men’s fights in the past and can’t wait for this fight to happen.

“Canelo Alvarez is a young and hungry fighter, he’s already been a world champion, so he’s a very well-seasoned fighter,” Cortez told On The Ropes Boxing. “He’s still young and he’s fighting Miguel Cotto, who is a very well experienced fighter, who has seen his better days. It’s going to be a fight where the fighter with a lot of experience is fighting a fighter who’s young, a great puncher, good body puncher and has pretty good defense.”

Cortez feels it’s an interesting fight but when it’s all said and done, he favors the younger Mexican in the showdown.

“I think it’s going to be a very interesting fight but I favor Canelo because Cotto is going to try to hurt this guy early but Canelo Alvarez is a good puncher with either hand and has the stamina to go the distance, whereas Cotto seems to start to fade out when his fights go into the later rounds.”

The Hall of Famer says Cotto has seen better days and because of Alvarez’ advantage in youth, he doesn’t see the fight going the distance. He predicts a late stoppage for Canelo.

“I think it will be a stoppage in the later rounds, anywhere between the eighth and tenth rounds, and I gotta favor Canelo in this fight. Cotto has seen his better days and he’s coming towards the tail end of his career.”