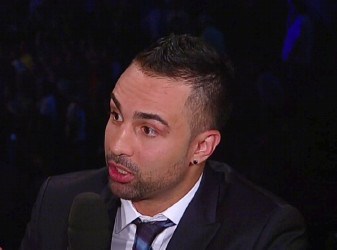 Today Thaboxingvoice.com spoke with Paulie Malignaggi about a potential fight between Miguel Cotto and Saul ‘Canelo’ Alvarez. “It’s a big deal,” the Showtime commentator told us. He later continued, ”You have the big rivalry between Mexico and Puerto Rico. Both fighters have a big fan base. It’s probably the most lucrative option for Miguel Cotto.”

The ‘Magic Man’ later explained why he feels that this fight is a good option for Canelo too, “If you want to move up to 160, you want to do it against an opponent like Miguel Cotto, because he is not a natural middleweight.”

With the big showdown with Canelo likely going to take place in 2015, Cotto is still looking for a dance partner for his HBO date at the end of this year. Several fighters have been brought up as possible opponents. One of them is Andy Lee, who is coming off a knockout win over John Jackson. Paulie feels that Andy Lee is a good option for Miguel Cotto. ”It gives Cotto a chance to get his feet more settled into the middleweight division,” he explained to Thaboxingvoice.com.