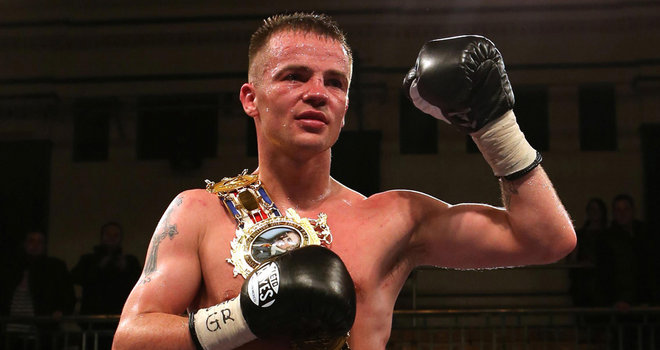 For Gavin, Britain’s only world amateur champ, the clash at London’s O2 Arena, presents an opportunity to avenge somewhat the bitter taste of the 2008 Summer Olympics.

The Birmingham fighter was forced to pull out of the Beijing Games after failing to make weight and watched fellow teammate and newly crowned IBF super-middleweight champion James DeGale clinch the gold medal, leaving himself saying ‘woulda, coulda, shoulda.’

A week ago, DeGale made history, becoming the first Briton to win Olympic gold and a world championship in the professional ranks. It has only inspired Gavin in his pursuit for glory, speaking with Birmingham Mail.

“James DeGale did it last weekend and he was in the same squad as me. That’s given me the belief I can do it again,” Gavin said. “Everything has gone to plan. Last year fighting for the world title looked like a long shot, but it’s come now. Kell has given me the opportunity to fight for his title, and I won’t let the fans down.

“I’ve trained hard and have pushed myself to places I’ve never have before. On my day I’m up with the best in the world and if I get everything right, I’ll be world champion.”

Although Gavin is confident coming into the fight, he admits that he’s going to have to perform like he never has in his career in order to dethrone Brook, who finished Jo Jo Dan inside four rounds in March.

“I’m not stupid. I’m not delusional. I’m going to have to perform out of my skin.

“But, I’ve definitely got it in me to do it. I’m very confident Kell can be beaten and hopefully it’s someone with my skills who will do it,” he added.

Both Brook and Gavin have proven to be very smart, intelligent boxers. While Brook’s power will test the durability of Gavin’s chin, Gavin’s ability to hit and evade, will give Brook a test that he is more than willing to conquer.

At the tense weigh-in, Brook told Gavin: I am looking to take heads off.”

We’ll see whose head gets taken off at the O2 Arena, and who survives to tell the tale.