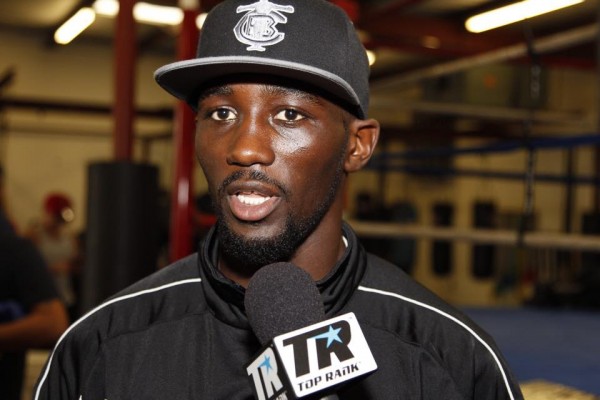 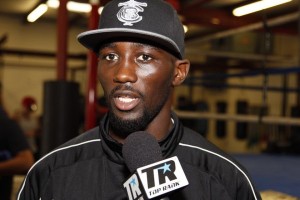 Terence Crawford (26-0, 18 KO’s) claimed the vacant WBO light-welterweight title with a sixth-round TKO of Thomas Dulorme in April and according to reports, is looking at returning to the ring in October or November in his hometown of Omaha, Nebraska.

Some of the names that are being mentioned, according to ESPN’s Dan Rafael, include Antonio Orozco (22-0, 15 KO’s), Mauricio Herrera (22-5, 7 KO’s) – given that the cuts he received against Hank Lundy as a result of head-butts are healed – and Cesar Cuenca (48-0, 2 KO’s), who defeated Ik Yang by unanimous decision in Macau Saturday to come within one win of tying the historic mark set by Rocky Marciano.

Although his record is 48-0, Saturday marked his first world title fight. He fought an incredible fight. He appeared to be fast, elusive, and timed Yang throughout the fight.

He danced circles around the 30-year-old Yang, frustrating him, jabbing him to death, and setting him up for a straight left hand right down the pipe.

Although Yang had knocked out or stopped all of his opponents since April 2011, the IBF Pan Pacific light-welterweight champion was neutralized, with the exception of the fifth round.

Yang scored with a flash knockdown in the fifth when he hit Cuenca with an overhand right when the Argentinian was off balance, causing Cuenca’s glove to touch the canvas.

Now a world champion, Cuenca won’t likely take the fight with Crawford unless he is going to be paid a significant amount.

A fight against Cuenca would be the toughest challenge of Crawford’s career to date, and I expect it to be a sellout.

Crawford is going to have to get to Cuenca’s body. I don’t think he’s going to have a lot of success trying to land with a big shot to the head because the guy is just so quick.

While Crawford has proven to be devastating on the inside with the uppercut to the body, he also leaves himself open to get tagged on the inside. What Crawford relies on is his counter-punching capabilities, and he’s quick particularly with the left.

However, like I said, Cuenca is a particularly solid counter-puncher himself. When you combine those two things into a rough, competitive fight, one punch could end it.

The saving grace in this scenario is that Cuenca is not a power puncher. Instead, he’s like a cat. He nails you with those claws and is constantly on the move.

At this point in time, I think Cuenca would win the fight. However, with the fight being in Omaha, this could give Crawford an edge.

Antonio Orozco is coming off a unanimous decision victory over fringe contender Emmanuel Taylor on the undercard of Benavidez-Paez Jr.

Quite frankly, Orozco is a four-five-round fighter at best. Crawford doesn’t start off fast generally, but when he gets in his groove, he is electrifying. Orozco got busted up in the second half against Taylor, with some thinking he lost the fight.

From my view at ringside, I had it a draw; that wouldn’t happen against Crawford; he’d get knocked out.