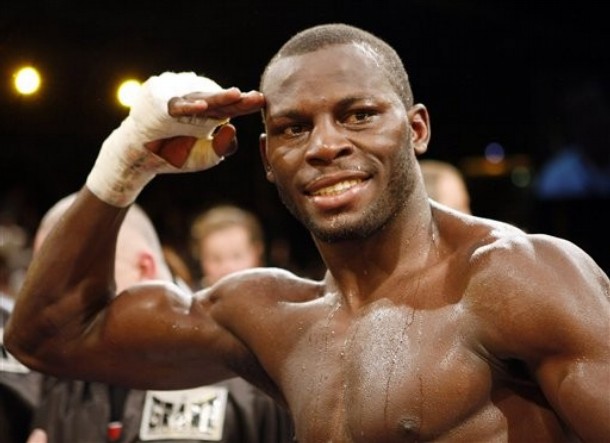 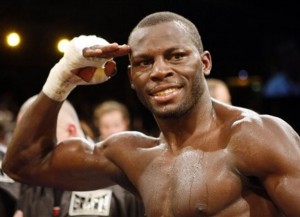 Steve Cunningham meets Antonio Tarver tonight in the feature bout of a “PBC” card on Spike TV. The card will take place at the Prudential Center in Newark, New Jersey. Cunningham is trying to get back into the win column after losing a 12 round decision to Vyacheslav Glazkov back in March of this year.

The Philadelphia-born fighter has prepared to the best of his abilities. Cunningham says that training has gone according to plan, and he certainly looks to be in great shape.

However, Cunningham did overlook one aspect in the lead up to this fight. In an interview this week with various members of the media, Cunningham confessed that he dropped the ball on the drug testing issue for the fight.

Several weeks ago, Cunningham was a guest on the Thursday edition of Thaboxingvoice’s live internet radio show. During the interview, he stated that testing was going to be a subject he addressed well before fight week. His concerns were valid considering Tarver has tested positive in the past.

But with all the prep work and a full schedule on his hands, Cunningham is no closer to figuring out the exact testing protocol for this fight and he is virtually in the same position he was in weeks ago with no resolution.

“It wasn’t on the top priority at the time. We just didn’t press the issue at the time and then it hit me later in camp, ‘well, what’s up for the before and after tests?’,” Cunningham told a group of reporters, including Thaboxingvoice’s own Nestor Gibbs.

Cunningham admitted that the testing was available to him and that PBC was footing the bill as expected, but he just never capitalized.

“Our lives have been so crazy. We’re in Pittsburg [then] we had to get back to Philly, set up camp, train kids, and this and that.”

It is not an excuse because testing should be a top priority for any athletic sporting event, especially if one of the participants has tested dirty in past contests. Still, you have to believe that it could’ve just slipped his mind because this wasn’t the only thing affected by Cunningham’s busy schedule.

Cunningham says that his busy schedule actually caused him to forget to register his son with USA Boxing, which caused his son to miss out on a fight.

“It’s just been crazy back and forth things and little things slip the mind.”

In an effort to keep his confidence strong, Cunningham downplayed the whole thing by claiming to have competed against athletes on steroids before, an opinion he also expressed as a guest on Thaboxingvoice show.

“Like I said, I fought guys on steroids before, not that it’s no biggie. It is a biggie, but it can be done. You can beat [fighters on steroids].”

The logic behind throwing your hands in the air based on the assumption that you’ve competed against fighters on PEDs is the exact philosophy that got us into this whole mess in the first place. It’s a dangerous concept.

What’s worse is that Cunningham admits that PEDs are still a huge issue in boxing, especially in the heavyweight division.

When asked how big the problem of PEDs in the heavyweight division is Cunningham responded by saying, “Massive, without snitching. That’s as much snitching that I’m going to do without any evidence, without any proof. But it’s massive from the stories I hear.”

The one bright spot is that Thaboxingvoice.com has learned that there is, in fact, a testing protocol for this fight and both fighters will be subjected to post-fight testing. We could not confirm the extent of the test, but at least someone made it a priority.