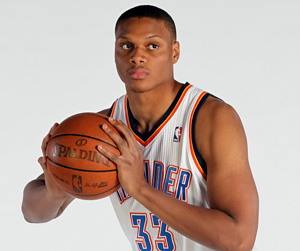 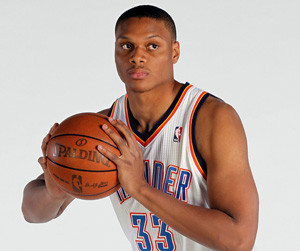 Manny Pacquiao’s stock is as high as ever before and the closer we get to his May 2nd bout against Floyd “Money” Mayweather Jr. the more his popularity will rise. Both Pacquiao and Mayweather will be the toast of the sports world for months to come, but there is an ongoing debate regarding which fighter is the most popular fighter heading into the fight and ultimately responsible for the prestige bestowed upon this fight.

If you look at this from a logical, nonpartisan perspective, then you’ll understand that both fighters bring something to the fight. Mayweather is the “A-side” of the fight and Pacquiao the “B,” but in terms of popularity the answer is simple.

Floyd’s undefeated record is an important piece of marketing in this fight. Over the years, it has been important for a highly publicized boxing promotion to include an undefeated record or two, it isn’t a strict or inherent necessity, but it helps the narrative. In Mayweather’s case, it is important that he is the kind of figure that sparks strong public opinion on one side of the coin or the other. The character Mayweather portrays is built on the idea that fans will tune in to see him lose because they strongly dislike his persona, but his undefeated record adds to that fire.

That said, Pacquiao is clearly the world star in this fight, and his popularity involves a nation of worshipers while Mayweather isn’t as commonly known outside the sports/entertainment market. I know, this must be confusing for the majority who think the Super Bowl, Oscars, and Grammys are the most significant nights of the year, but believe it or not there are people in America who don’t know Marshawn Lynch, Bradley Cooper, or Drake.

However, Pacquiao is not merely a boxer from the Philippines, he’s not even an athlete really, he has surpassed the trivial nature of heroic sports star and has accomplished renowned recognition at its highest level.

This is evident by Former NBA player Daniel Orton’s recent cut from the PBA’s (Philippine Basketball Association) Purefoods Star Hotshots. Orton, who played in the NBA from 2010-2014, was picked up in February, but as Yahoo.com’s Eric Freeman reports that tenure was short-lived because he broke the cardinal rule as a figure in the Philippine sports world. Orton said something critical about Pacquiao.

Orton had the chance to square off against Pacquiao and his team the Carnival last week, after the game Orton gave an interview and suggested that Pacquiao’s spot on the team as an actual player was undeserved and comical.

“Professional boxer, yeah, okay… professional basketball player, no. It’s a joke,” said Orton in an interview with the AFP.

Rene Pardo, the Purefoods Star Hotshots team’s top administrator, justified the cut by claiming Orton was receiving too much hostility. He also compared Orton’s comments of Pacquiao as someone coming to the US and making critical comments of Martin Luther King Jr.

The PBA fined Orton 250,000 pesos ($5,650) for his comments and the commissioner of the league made it a point to defend the actions taken against Orton.

Anyone with even a minute of rational can clearly see that this entire situation is both ridiculous and undeserved. I feel for Orton, and it is an unfair situation based on propaganda bordering on Patriotic brainwashing.

However, I can’t help but feel like he should’ve known better. The fact that Pacquiao is even in this coaching-player position is absurd enough, and if you even took a moment to take in the overall political landscape in a country like the Philippines then you’d know that things considered silly by rational standards are hot-button issues over there.

In reality, Orton spoke the truth, not his version of the truth, but the kind that is hard to hear if you have vested interests in the parties involved. However, others took it as a blatant show of disrespect towards a heroic countryman. If you try to empathize with those vague notions appropriated toward other regards, then you’ll know that it isn’t all that silly — within the confines of this context, of course.