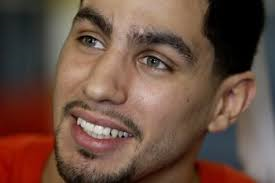 140 pound unified champion Danny “Swift” Garcia recently got the chance to watch his highly controversial win over Mauricio Herrera for the first time since the fight happened and admitted that he was not at his best during the fight but will come back stronger in his next bout and KO his opponent. Garcia also indicated that he agrees with the judges’ scorecards with him winning 8 rounds to 4.

“Just re-watched my fight for the first time,” said Garcia via Facebook. It was a ugly competitive fight. Props to my opponent for making it like that. (It) Wasn’t my best performance but I saw it the same as as the judge, 8-4 for the Champion. Whoever I fight next, I promise my fans a KO!”