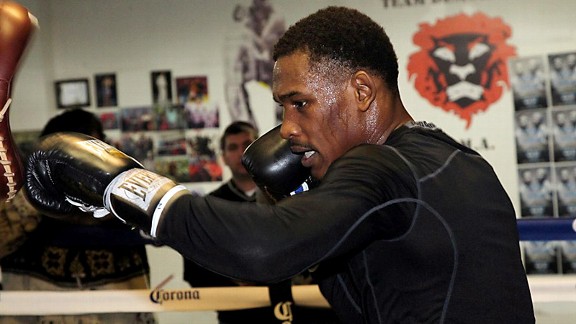 Bethlehem, PA (July 23rd, 2014) – August 9th is only 3 weeks away, and Daniel Jacobs (27-1, 24 KOs) is more than ready to step in the ring, as he challenges Jarrod Fletcher (18-1, 10 KOs) for the vacant WBA Middleweight (160lbs) World Title. Jacobs, who is coming off a 1st round stoppage of Milton Nunez back in March on the Danny Garcia – Mauricio Herrera card in Puerto Rico has won his last 7 fights by stoppage and is looking to continue his KO streak that could potentially award him a world title. Fletcher, who is a native of Australia, coming into this fight off of a unanimous decision win against Max Bursak in Monte Carlo, Monaco back in February is no push over, having 10 KOs in 19 professional fights, neither man is going to give in this long awaited fight for a world title.

Jacobs vs. Fletcher will take place August 9th at the Barclays Center in Brooklyn, New York. The fight will be distributed on Showtime and will serve as the opening bout for Danny Garcia vs. Rod Salka (Non-Title). The co-main event will feature Lamont Peterson vs. Edgar Santana in a 12 round title bout for the IBF Jr Welterweight Title (140lbs).

Earlier today, I caught up with Jacobs where he is currently residing for training camp, in preparation for his fight. Jacobs was fresh off of a training session and looked more than ready to do battle. We touched based on everything from a new nesting ground for camp, to late and great Omar Henry, even gave his outlook on the Canelo-Lara fight that took place this past July 12th.