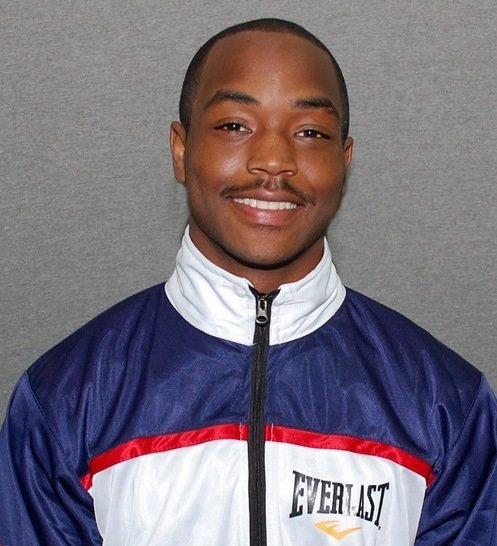 WASHINGTON, D.C., U.S.A. – Twenty-one year old light welterweight professional boxer, Mike “Yes Indeed” Reed, has signed a promotional agreement with Las Vegas-based, boxing promoter, Top Rank. Born in Washington, D.C., Reed trains in Clinton, Maryland, at Dream Team Boxing Gym, which is owned and operated by his father, trainer, and manager, Michael “Buck” Pinson.
Mike Reed understands the significance of his signing. Reed stated, “I am delighted to sign with Top Rank. They’ve been successful for a long time, and have promoted the biggest names in boxing, from Muhammad Ali to Manny Pacquiao. I am excited to have the same opportunities as the legends that came before me. Top Rank clearly has an understanding of how to market their fighters and they know how to build pay-per-view superstars. Team Reed is looking forward to having a long, successful relationship with one of the most prestigious promotional companies in boxing.”
Reed continued, “This is a huge opportunity for me, and I will continue to work hard. I have the right people on my team and now add the security of a powerful, promotional company to help me reach my goal of winning multiple world titles. I’m grateful to everyone that has played a part in helping me reach this level, but I’m just getting started. I’m looking forward to representing the elite class of fighters from the DMV and the Beltway region.”
Coach Pinson discussed Team Reed’s reasons for joining Top Rank. “We wanted to join a company that does a great job of moving their fighters, and Top Rank is known for getting their fighters world championship opportunities. Many of their current fighters are world champions. We recently fought on one of their shows. They treated us well and were very professional.”

Pinson added, “Before my son’s pro career even began, our team set a goal that within our first ten fights, we wanted to make a statement. During those ten fights, Michael fought some tough competition, and proved that he is a fan-friendly fighter, with extremely fast hands and power. Team Reed is very goal-oriented, and we are focused. We will be staying busy in the years to come, so make sure to look out for Team Reed.”
Reed had a stellar amateur career, compiling an impressive record of 90-13. Reed was matched competitively during his first ten professional fights, has looked impressive, and remains undefeated. In his most recent fight on June 14, 2014, held in Atlantic City, New Jersey, Reed won a unanimous decision over Alberto Morales. In that fight, Reed dropped Morales in the sixth round en route to his tenth professional victory. Reed currently attends the College of Southern Maryland, and is studying to become an accountant.