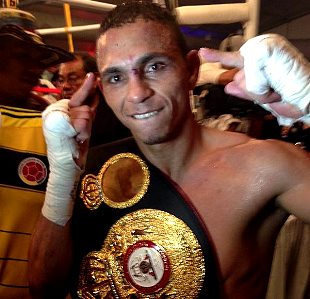 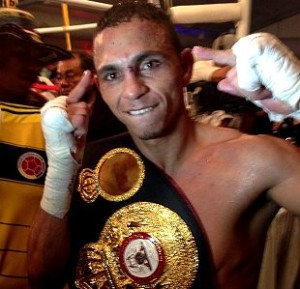 The televised portion of the card opened up tonight with Francisco Santana taking on Kendal Mena in a 10 round junior middleweight bout. The fight did not last long. Early on in the first round Santana landed a devastating left hook that dropped Mena. Seconds later Santana again landed a thunderous left hook that separated Mena from his senses sending him to the canvas in brutal fashion leaving his body limp and his head bouncing off the canvas and the bout was abruptly over in round one.

The second fight of the evening saw Jarrell Miller take on Aaron Kinch in a 6 round heavyweight bout. Miller battered Kinch from pillar to post landing power shots at will to the body and head of Kinch. It looked as if every round Miller was on the verge of stopping Kinch, somehow Kinch managed to hear the final bell. The judges scorecards all read the same 60-54 in favor of Jarrell Miller.

In the main event of the evening WBA interim lightweight champion Darleys Perez defended his title against Jonathan Maicelo. Early in the fight the action was back and forth with what appeared to be many swing rounds throughout the first 5 rounds.

Maicelo was more aggressive early on while Perez tried to time and counter Maicelo. Midway through the fight, Perez started to find his rhythm. From the 6th round on Perez countered Macielo with right hands at will catching him flush. Maicelo was also getting caught pulling straight back after exchanges. As the fight neared the championship rounds, Macielo seemed to gas a little bit and in the 11th round a series of right hands from Perez put him on the canvas.