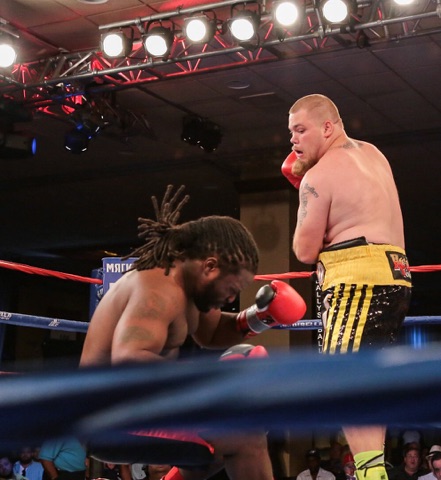 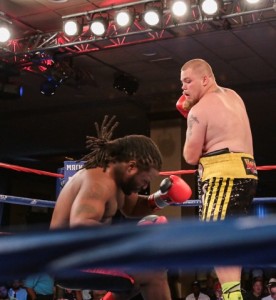 Philadelphia, PA (August 18, 2015)– On August 7 at Bally’s in Atlantic City, Joey Dawejko made quick work of Robert Dunton to the tune of 31 second-one punch stoppage and now the Philadelphia heavyweight looks to an August 28 showdown with good friend Natu Visinia in a bout scheduled for eight-rounds at The D Las Vegas. The bout will be televised live on ShoBox: The New Generation.

Just days after the win over Dunton, Dawejko boarded a plane with trainer Buddy McGirt and assistant trainer Greg Hackett and went right back to work to begin preparations for the fight with Visinia.

“We took that fight just to get Joey back in a winning frame of mind. After the fight with Amir Mansour, Buddy began correcting went wrong in that fight. The Mansour fight was the first fight with Buddy and by the time August 28 comes around, Joey and Buddy will basically been working for 10 straight weeks. I believe that the familiarity will produce the results that we are looking for,” said Dawejko’s manager Mark Cipparone of Club 1957 Management.

“This is a very important fight for Joey. He knows that this is the next opportunity to prove that he is a top Heavyweight contender on national television. It is also important because he is a promotional free agent and we have a couple of nice deals already presented to us and a good win over a tough opponent in Natu is another way to showcase himself to all those who are interested.”