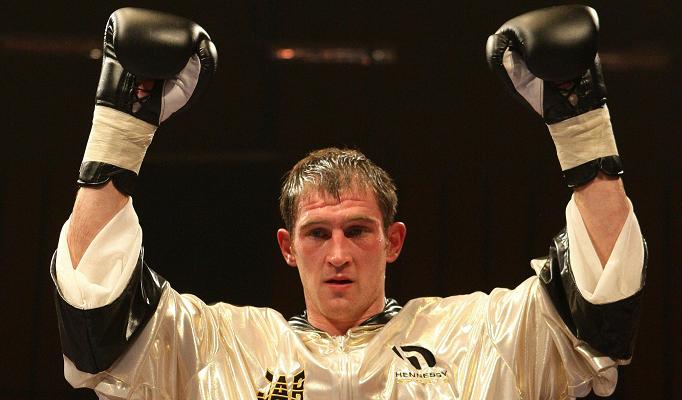 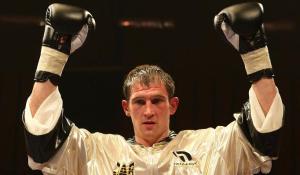 Morden’s newly-crowned EU champion Lenny Daws has been made official challenger for the European (EBU) light-welterweight title and hopes to tempt the champion, Michele Di Rocco, into a rematch at some point in 2015.

Daws lost a disputed and controversial 12-round decision to Di Rocco in June 2013 and has been eager for a return ever since. Now, thanks to his mandatory position with the EBU, the exciting 35-year-old could be on track to become European champion next year.

“This is what I want and it’s something I’ve wanted for a while now,” he said. “I’m just delighted to now be next in line for a shot at the European title.

“In an ideal world, I’ll fight Di Rocco for the belt next year. But he’s just had his mandatory defence and may be entitled to a voluntary defence next. Whatever happens, though, I know I’ll get my shot.

“Fighting for the vacant title would be great, but fighting Di Rocco again would be even better. I want to set the record straight and I want to avenge that bad decision I suffered in Italy.

“I have my doubts he’ll stick around and do the rematch. He’s up there in the world rankings now and he may decide to vacate the title and move on. I wouldn’t blame him. If he fights me and I beat him, his world title dream goes up in smoke.”

“He wanted to dance around and swing those wild uppercuts and hooks, but I stayed focused on slowly breaking him down. I didn’t let his antics bother me. It was only a matter of time.

“In the end, he was lucky in round ten when he got a long count after I heavily put him down. After that, I knew I was going to finish him. All I focused on was not rushing in and getting caught with something silly. I took my time and landed enough shots for the referee to stop the fight.”