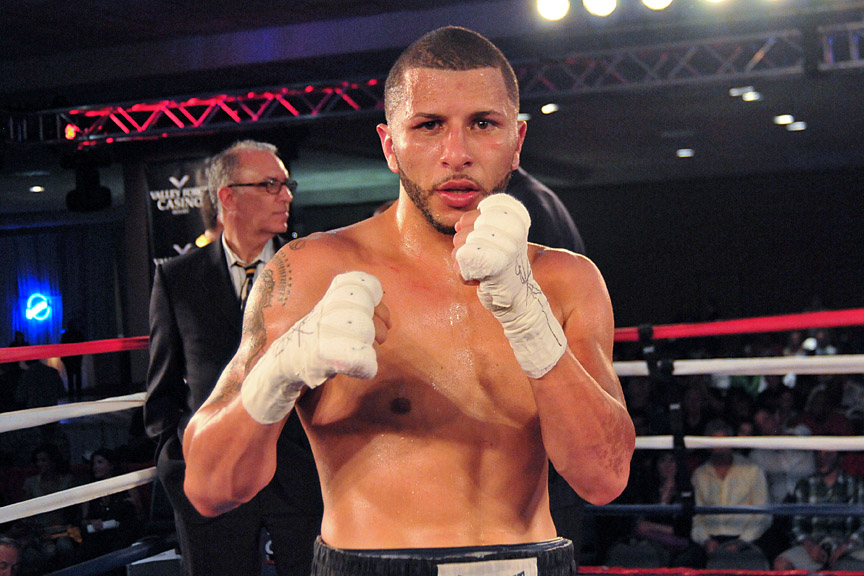 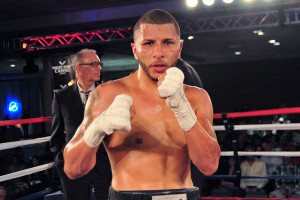 Brooklyn, NY (July 31, 2015)–TOMORROW NIGHT!! at Barclays Center, The second installment of Premier Boxing Champions on ESPN will take place with Danny Garcia meeting Paulie Malignaggi in the main event. In the co-feature, Daniel Jacobs will defend his middleweight title against Sergio Mora.

In a bout that will take place before the live broadcast begins, an intriguing jr.lightweight battle between Frank De Alba and Omar Douglas will be streamed live on ESPN3.com at 8 PM ET.

De Alba of Reading, PA sees this fight as a chance to make a big name for himself fighting on a big card in front of the major boxing media.

The 28-year-old De Alba has a record of 16-1-2 with six knockouts and has won 14 in a row and is unbeaten in his last 18 fights. De Alba knows that this could be a fight against the undefeated Douglas, who will come in with a record of 14-0 with 11 knockouts, which will springboard him into the top-10 in the jr.lightweight division..

“Everything is going great. This has been the best training camp of my career,” Said De Alba.

“I have worked very hard to get to this point. I have sacrificed a lot, and I am grateful for this opportunity and I am not going to let this slip away from me.”

When asked about Douglas, he sees that there are some things that he can exploit in this pivotal fight.

“I see only one style. He comes forward and throws a lot of punches, and he comes to fight very hard.”

De Alba has fought the majority of his career in the Lehigh Valley area, and he now relishing the opportunity to be noticed in New York.

“I am excited for that. This is my first time on the big stage, and I am going to take advantage and do my best. This is what boxing is all about, the best fighting the best. And because of this great opportunity, I will find out where I stand in the jr.lightweight division.”