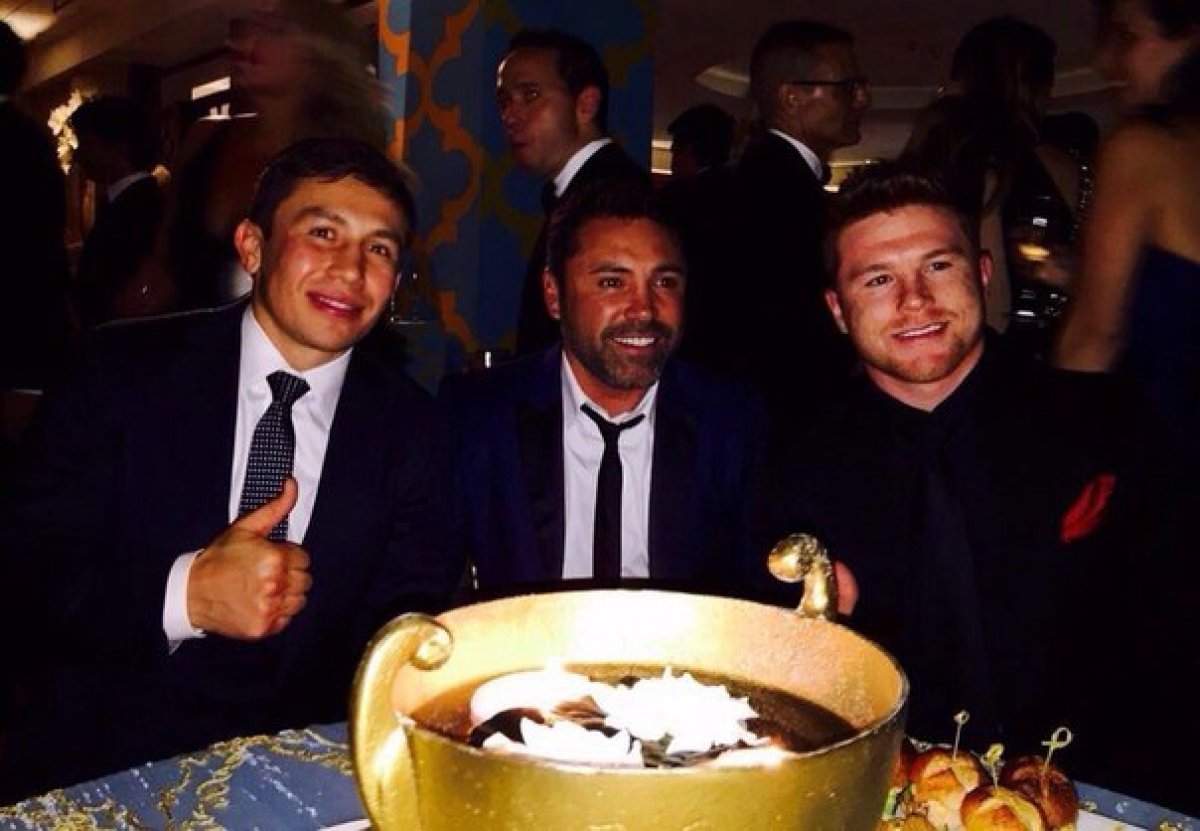 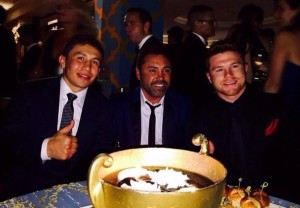 Gennady Golovkin took another step towards becoming boxing’s next main attraction this past Saturday with his absolute destruction of David Lemieux in front of a sellout crowd at Madison Square Garden on HBO PPV. Lemieux was supposed to be the guy to test GGG’s chin and be his first worthy challenger, but that proved to be false as Lemieux got dominated before getting stopped in the 8th round.

Lemieux, of course, is a Golden Boy fighter, and Marcos Villegas of FightHub spoke with the actual Golden Boy himself Oscar De La Hoya about Golovkin’s performance. Oscar, like most, praised Gennady’s persistent use of the jab throughout the fight.

Oscar was asked if he saw any weaknesses or chinks in GGG’s game. Oscar, explaining that he was taking off his promoter hat and putting on his fighter hat, went into scouting mode.

He then went on to take a thinly veiled shot at GGG by saying, “He leaves himself wide open.”

Oscar then stated as a promoter he admires Golovkin and the fact that he is being built up as the next monster of boxing, which led to the next question about the most prized fighter in Oscar’s stable: former champion Saul “Canelo” Alvarez.

When asked if Canelo can handle GGG, Oscar, as expected, seemed very confident, “Absolutely, without a doubt.”

Oscar then went on to exclaim how amazing Canelo looks in training at the moment, a statement that has been reported by several outlets with correspondents in the gym with Canelo. Oscar was not so quick to announce when a possible GGG-Canelo fight would be and hinted at a possibility of Canelo-Cotto II and III if the fights are that good.

Oscar explained how he would fight Golovkin, claiming that you need to stay on your toes, jab with him, and throw when he throws. Those are all excellent tips for how to defeat Golovkin, but don’t tell that to Daniel Geale, who threw when Golovkin threw, landed, and found out why they call him the most feared man in boxing today.

Oscar telling the media that GGG leaves himself wide open and saying he has a lot of kinks can’t rub well with the Golovkin’s corner of Tom Loffler and Abel Sanchez, yet it could make a buildup to a Canelo-GGG PPV fight even bigger by maybe forcing Team Golovkin to fire some shots at Canelo. Before any GGG talk starts for Team Canelo, he must get by the four division world champion Miguel Cotto on November 21st in Las Vegas, in what should be one of the best fights of 2015.