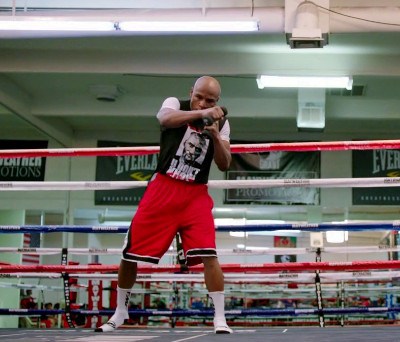 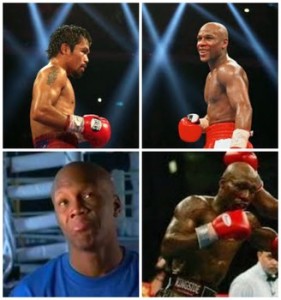 Former WBO junior welterweight champion DeMarcus Corley (42-22-1, 25 knockouts) has been employed as one of Floyd Mayweather Jr’s sparring partners to help him prepare for his May 2nd fight against Manny Pacquiao.

Corley, a southpaw, fought Mayweather in a WBC eliminator fight for the junior welterweight title in 2004. Mayweather dominated the fight, knocking down Corley twice en route to a unanimous decision victory. Although Corley’s style gave the pound-for-pound champion a little bit of trouble during the fight, it was relatively minor.

Although the American has won his past two fights, he has gone 14-19 since fighting Mayweather. Corley’s next fight is scheduled to take place May 16th in Denver, Colorado against Manny Perez (22-11-1, 4 knockouts). Perez, a former WBA-NABA junior welterweight champion, was knocked out by Victor Ortiz in his last fight.

This is the first time that Corley has been involved in preparing Mayweather for an upcoming clash for the first time in nine years; he revealed in an interview with Dontae’s Boxing Nation.

“For the Zab Judah fight, we worked in camp together, and for the Sharmba Mitchell fight, also.”

Corley also warned to expect a different type of Floyd Mayweather Jr. on May 2nd. 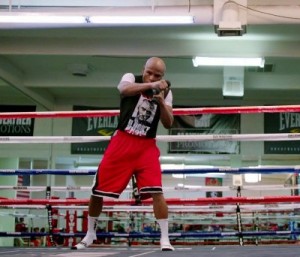 “This is a different Floyd.  Normally, the gym is open to the public, and everything is all access,” said Corley. “Only a very select few are in the gym watching him. His mood swing is totally different from what he used to be in the gym. He comes in, no pictures, no autographs, no talking. It’s time to go to work.”

Can we expect a different Floyd Mayweather as in an aggressive one? If that’s the case, this could be one of the hardest fights to score in modern memory. If Mayweather can switch up between aggressiveness, defense mastery, and punch accuracy, it could be in his hands. It all goes down May 2nd at the MGM Grand in Las Vegas, Nevada.