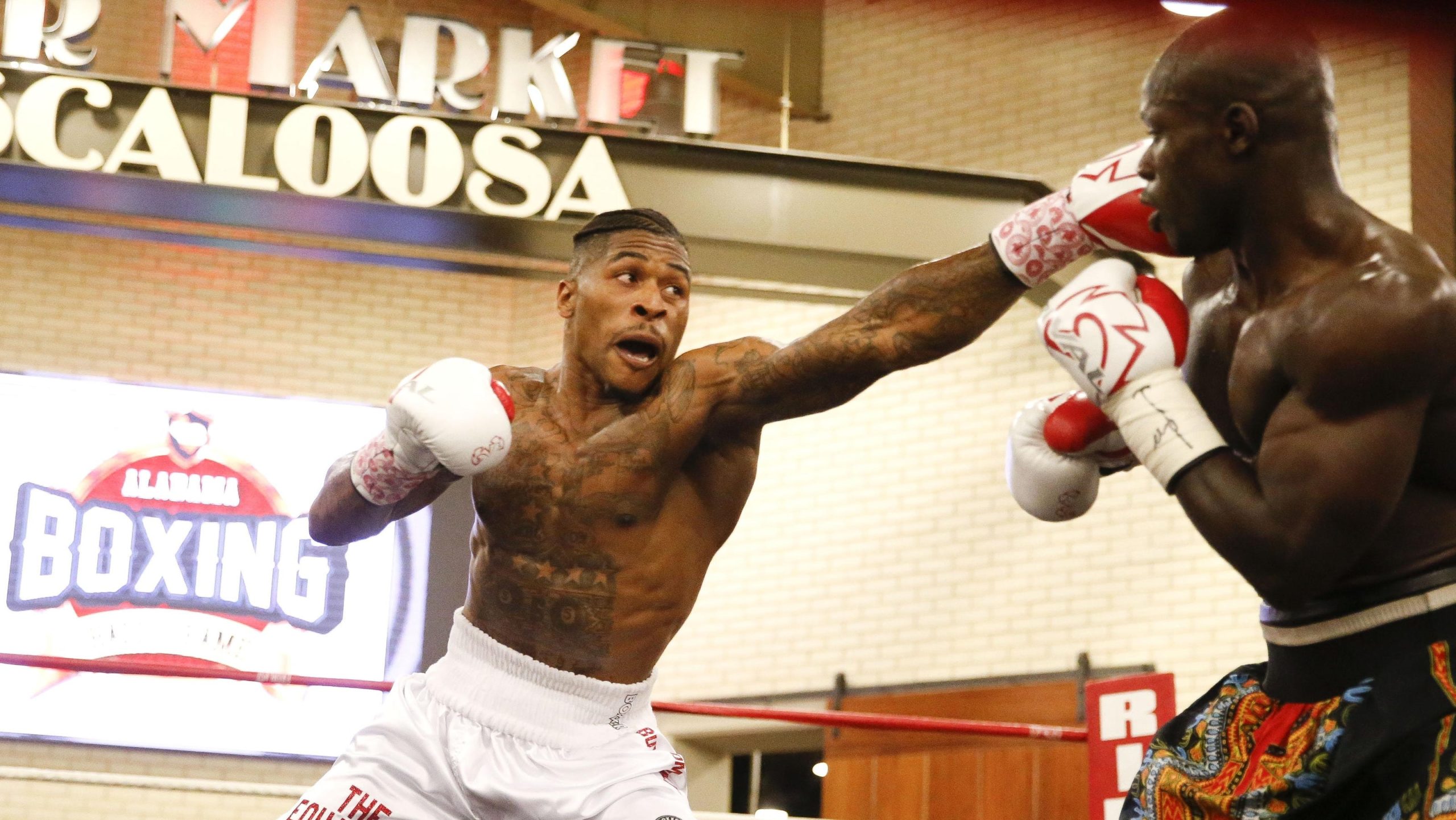 At age 30, Deon “The Equalizer” Nicholson has been a professional boxer for nearly five years, but his entire life he has had to fight against life’s obstacles. Growing up in a crime-ridden area in Tuscaloosa, Alabama, Deon was forced to navigate through the violent, drug-filled streets of his hometown. After nearly getting caught up in that life himself, “The Equalizer” decided to live up to his nickname by using his in-ring skills to pave a different path.

“I grew up around a lot of criminal activity,” Deon said. “Drug dealers and gangsters, that’s what was all around.”

After a period of incarceration, Nicholson shifted his focus by making genuine efforts toward controlling his anger issues and channeling them into boxing. And in only his 11th pro fight he won the WBC US Silver belt.

The momentum was real heading into his 15th pro fight. By then, Nicholson was 14-0 with 13 victories by way of stoppage, but he would come up short in his very next fight against the tough, hard punching Efetobor Apochi. In that fight, Nicholson proved that he is willing to be matched with just about anyone.

“I want all the smoke. That’s what we here for, it’s what we do. Not sure what anyone doing in boxing if they’re not trying to be world champion and [you got to] fight the best to get there.”

In the Apochi fight, Nicholson weighed in at 193 1/2 pounds, while his opponent enjoyed a nearly 5-pound weight advantage coming in at 198. In the heavier weight classes, you have heavier punchers, and giving up that kind of weight is sometimes the difference in a fight. So, Nicholson has decided to move down to light heavyweight (175lbs).

Before fully making the move, Team Nicholson has decided to take a fight at 180lbs as he works his way down fully.

“I don’t know where the decision to go to cruiserweight came from, but I feel stronger and I’m moving better. We’re looking forward to getting a catchweight at 180 or something like that and then we’re going to fight 175 from then on. We’re looking for a test.”

Nicholson is a real fighter. He has an old-school mentality with a “who’s next” attitude. He had a late start in boxing but always had a warrior’s mindset. So, adding experience only serves to make Nicholson even more dangerous a fighter.

“We learned a lot. I started late in boxing so learning on the job [is something I have to do]. I had never been knocked down, never fought without a crowd. But I’m only getting better.”

Nicholson’s team is working towards securing his next fight, which will be a catchweight at 180lbs. You can follow Deon “The Equalizer” Nicholson @deonequalizer to stay up to date as TBV waits for the next development.