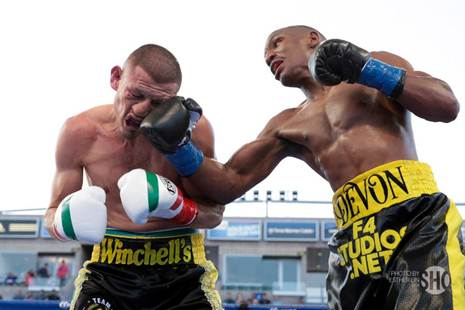 Former Two-Division World Champion Devon Alexander “The Great” (26-2, 14 KOs) has seen it all. Growing up in the rough streets of St. Louis, Alexander was constantly surrounded by gangs, drugs and violence. The southpaw was determined to go to school, stay in the gym and make a life for himself despite his dire surroundings. Heading into the biggest fight of his career, “The Great” looks to give the people of St. Louis something to cheer about.  Check out this video to take a peek into the life of the former world champion and don’t miss Alexander’s return to the ring against British superstar and former Unified Super Lightweight World Champion Amir “King” Khan (29-3,19 KOs) on Saturday, Dec. 13, live on SHOWTIME®(9 p.m. ET/6 p.m. PT).