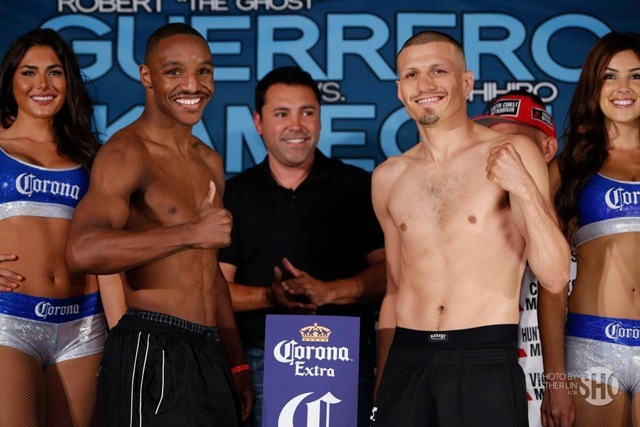 In the opening bout of the June 21st edition of Showtime Boxing, Devon Alexander (26-2, 14 knockouts) took on Jesus Soto-Karass (28-10-3, 18 knockouts) in a bout that was important but not necessarily significant. Going into this bout, Alexander fresh off suffering his second career defeat; this time at the hands of Shawn Porter. Although Shawn Porter is on the path to establishing himself as a legitimate threat in the division, Alexander needed to regain momentum in hopes of returning to the elite level of the sport.

Alexander’s test came in the form of always tough veteran, Jesus Soto Karass, who himself is fighting off relative obscurity as there are only so many fighters he can be thrown in against while still being considered a fringe contender. Many media and fans alike didn’t see this match-up being particularly competitive, but was sure to be exciting. It may not have been the barn burner many have come to expect with Soto Karass, but it managed to avoid becoming the one-sided drubbing others anticipated.

From the opening bell the disparity in boxing skill between Alexander and Soto Karass was significant. Soto Karass being a brawler, Alexander made use of some slick footwork and superior boxing technique to keep the hard-charging Soto Karass at bay. Soto-Karass would often manage to sneak in a sneaky right hand, but Alexander shook off the blow and stuck to his gameplan.

Through the first four rounds, Alexander was seemingly running away with the fight. With an effective use of his jab, solid movement, and mixing up shots to the head and body of his opponent it was clear that Soto Karass was falling into quite the deficit. This all changed in the fifth round as Soto Karass switched his stance to southpaw, and suddenly began making strides in regards to his offense.

From rounds six to nine, Soto Karass would engage Alexander in an early brawl in hopes of catching the former champion off-guard. It certainly provided some excitement, but Alexander would still manage to win most of the rounds and he successfully picked the spots in which to capitalize. Still, Soto Karass remained determined to land the knockout blow that would mark the early Alexander lead irrelevant.

By the tenth and final round, some scorecards were close but fan and ringside scorecards had Alexander securing the win. Even so, Soto-Karass remained determined to score the come from behind knockout blow. Both fighters started the round with a violent exchange, but unfortunately for Soto Karass the knockout would never come. Alexander remained composed in his approach to dealing with Soto Karass, and ultimately managed to land the more effective blows of the night.

Following ten rounds of action, Devon Alexander was awarded the Unanimous Decision victory on scores of (97-93), (99-91), and (99-91). It’s a notable name to hold a victory over, but for Alexander the most important thing was just being able to secure the win. The win does little to boost his standings among the talent rich welterweight division, but the path has now been set for Alexander’s next campaign.