Now that the mega fight dubbed “The One” is behind us there are a lot of things that we can look back at and reflect upon. Just as always when you have a young and upcoming fighter taking on a grizzled veteran, a lot of questions arise during the build up before the fight. The fight between Floyd Mayweather and Saul Alvarez last night was no different.

A lot of people were wondering if the younger Alvarez had the experience to deal with the much more experienced Mayweather and that maybe it was too soon for him to be facing this type of challenge. Well as they say, “Hindsight is 20/20” and after witnessing the one sided domination that Mayweather displayed last night, it would be easy to say that yes it was too soon for “Canelo,” but at the end of the day does Alvarez have the style or skill set that would ever match up well against Mayweather?

As was well documented before, Oscar De La Hoya has said that he has given Alvarez the same blueprint that he had used in his fight against Mayweather back in 2007 when he gave Floyd a competitive fight, although losing by split decision. Well in theory one could claim that it would be a good strategy to fight Floyd in a similar way that Oscar did and have some success, but the fact remains that many have tried and still came up short with that game plan. Also, as I have mentioned before in a previous article, De La Hoya and Alvarez are two totally different fighters with completely different styles. Alvarez just doesn’t have a history of throwing a lot of punches in his fights and isn’t terribly active with the jab either, very much unlike De La Hoya.

Although only 23 years of age and without an extensive amateur background, Alvarez still has 44 fights under his belt and has pretty much displayed the same type of style throughout his career, except for maybe improving a bit on defense and timing. He has never shown us a high work rate or a lot of activity with the jab, which are two things needed to give Mayweather some problems. There have also been claims of stamina and weight issues that have been brought up as a reason for concern as well. Whether or not after 44 fights, he may be able totally revamp his entire style and add those dimensions to his game remains questionable.

Taken all of those things into account despite his victory over the highly regarded former champion Austin Trout last April, in a close fight that many felt could have gone either way, does Saul Alvarez have what it takes to beat a slick type of fighter like Mayweather?

Well, he’s only 23 years old and some good challenges lie ahead for him in a pretty interesting junior middleweight division, so he will more than likely have many opportunities to prove it in the near future. 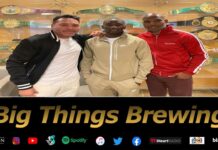