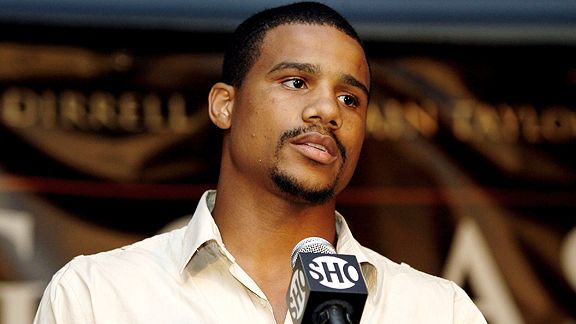 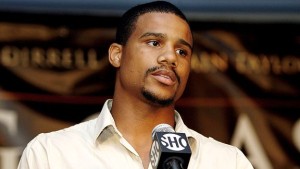 Al Haymon fighters have taken some big #L’s since the start of PBC. I believe that Haymon is doing his part to give us competitive fights and his fighters suffering losses comes with the territory of evenly matched fights. Still, I think that Haymon realizes just how difficult matchmaking truly is because he has always had access to the best in the business before venturing out on his own.

So, what do you do when you’re the most powerful person in boxing, and one of your fighters loses to another fighter outside the promotional/managerial umbrella? Well, that a simple answer. Snatch up the winners.

And that’s exactly what Haymon did with the recent signing of James DeGale.

In May of this year, Andre Dirrell lost a unanimous decision against DeGale for the IBF super middleweight title. Now, Dirrell is hopeful that he will get the opportunity to avenge that loss in a rematch with DeGale. After all, they are both PBC guys now.

“I talked with Al Haymon and he said [the rematch] is a big possibility. I’m actually working and back in the gym for a good week strong now. I know my time will come, but if I can get in there with DeGale then the sooner, the better,” Dirrell told Nestor Gibbs of Thaboxingvoice.

Dirrell is hoping to get back into the ring at the end of September and is already in the gym, trying to stay prepared.

Dirrell is hoping that he can avenge more than just the DeGale loss. He would like to rematch Carl Froch as well, who handed Dirrell his first career loss back in 2009. Most would look at those two losses in a negative way, but he is actually enthusiastic at the prospects of fighting either man in the near future.

“That’s the upside is that I have two people to chase now, Dirrell said jokingly. I know no one can ever say that Andre Dirrell got his butt beat in that ring. I had two great fights that were two losses, but now I can chase Carl Froch and James DeGale at the same time. Both of them are a big possibility. We have the network, and we have the people to move and make it happen, so I’m just hoping it will one day soon.”