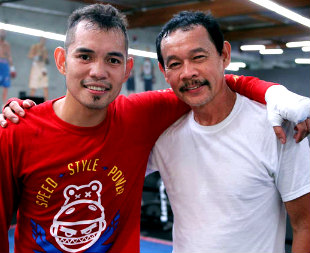 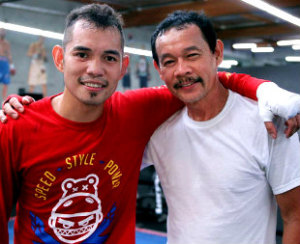 Nonito Donaire Sr. has been training Donaire Jr. for his upcoming bout against Nicholas Walters. Donaire Sr. played a huge role into developing his son to becoming a world champion, but people have questioned if this is the best move. Choosing one’s father instead of a former trainer of the year winner in Robert Garcia will always bring along criticism. In a recent interview Robert Garcia told Fighthype, “I didn’t see Nonito at all for this whole camp.”

Donaire’s last few outings have not been up to par with the level of expectation the boxing community has instilled in him. Perhaps his father can assist him in rejuvenating his career. The opponent he is fighting has been trained under his father’s tutelage his entire life. A father/son partnership in the boxing ring is not uncommon. There have been failure and success stories. In Donaire’s case it has been a success story, especially when Robert Garcia was more involved.

Now in one of the most important bouts in Donaire’s career, his father carries a lot of the responsibility. This fight will play a monumental effect on how Donaire’s career goes along.  A loss here can possibly further damage Donaire’s passion to the sport. Perhaps the underlying issue can be Robert Garcia’s lack of involvement in Donaire’s recent bouts.  If Donaire does receive a victory this Saturday night it would certainly end people’s negative perception when it deals with his training regime process.