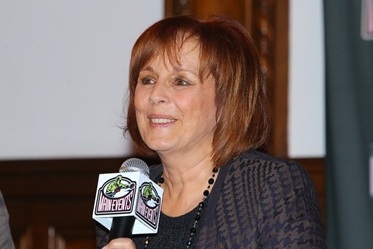 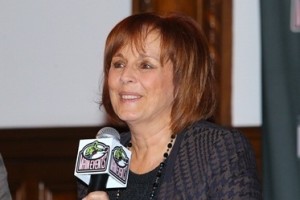 Speaking to FightHub Duva said she knew in an instant she had to sign this man to her company, as she became aware of an inextricable quality in the Russian that would ensure he became successful.

“I don’t pretend to be the ultimate boxing expert by any means, I’m a marketer that’s my background, but I know it when I see it and I knew it the moment I laid eyes on Sergey.”

She went on to draw comparisons between Kovalev and ’Sugar’ Ray Leonard, citing the fact that their in-ring personas differ so greatly from how they behave outside the ring.

Leonard was the smiling gentleman with all the right lines at the right times but became an irrepressible punching machine unfit for defeat when faced with his greatest challenges. Kovalev transforms from a polite, somewhat shy individual into a snarling, taunting powerhouse once he steps between the ropes, a version of him that Duva called “scary, just scary.”

Kovalev will look to put the frighteners on Nadjib Mohammedi (37-3, 23 KO’s) this Saturday at the Mandalay Bay in Las Vegas, Nevada as he defends all three of his belts against the Frenchman.

This fight, whilst it is a mandatory defence, was made in the absence of a sought-after unification fight between Kovalev and the WBC champion Adonis Stevenson (26-1, 21 KO’s).

The Haitian-born southpaw Stevenson has the power to rival his European counterpart and a meeting between them would be explosive for as long as it lasts. For one reason or another though, all the relevant parties have failed to make it happen.

Duva was not hesitant to talk about Stevenson and almost began to goad him by mentioning certain truths (as she sees them) regarding his recent business decisions.

“He’s been fighting second-rate opponents and if he wants to continue to do that he can. Sergey, in his last two fights fought Bernard Hopkins and Jean Pascal; the number two and number three fighters in his division after Stevenson passed on those fights. So we can only do what we can do. The belief is that eventually Sergey will get that fourth title whether it’s Adonis Stevenson holding it or someone else.”

“Adonis is coming up on his thirty-eighth birthday, so he may go down in history as the guy who ducked the best fight he could be in, or maybe he’ll step up and take the challenge.”

If Stevenson is not behaving as a champion should, in Duva’s eyes her own man is the embodiment of a warrior, and she feels his achievements will echo past his active career and elevate him in to the pantheon of the all-time greats.

Even with her promoter’s hat firmly on and a bit of hyperbole thrown in, it is clear to see the faith Duva has in Kovalev. She signed him in 2012 when he was performing in obscure venues in little-known areas of the US. After three fights together a WBO title shot against Nathan Cleverly was secured, and the demolition job he performed in that fight was the first significant step on the path he is now on; to becoming one of the best in the world. He is probably there already.