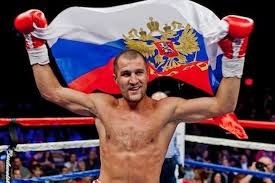 Stevenson-Kovalev for the time being is another fight that the world of boxing may never got to see. Stevenson is scheduled to take on Andrez Fonfora in May of this year on Showtime. While Kovalev took care of business on HBO, it seems like his next move is uncertain. His promoter Kathy Duva feels that there are still options out there especially from the guys one division south.

“I think there’s always a chance of Froch and Groves. Bute is  out there getting another trainer. You Chavez Jr., who is only in his twenties, so he can definitely make it up to 175. You got Pascal, Maybe Cloud, maybe there’s a Chad Dawson revitalization. Then who knows maybe Golovkin can move up, you got Andre Ward, you have the makings off the 4 kings, certain things just have to fall into place,” Duva told ThaBoxingVoice.com

However Duva made it clear that there will be no catch weights with Kovalev, not even for an Andre Ward fight.

With the big fight at 175 almost all but gone, what’s the move to make Kovalev a bona fide star? Duva feels she already has a star.

“I don’t think it’s hard to make him a star, he’s already star. You have the rawness in the ring and his personality is fun and he’s learning English by the second, he’s just fun,” explained Duva.

Kovalev made noise by calling Stevenson a piece of shit on HBO air after his KO of Agnew. According to Duva it may have been premeditated.

“We may have discussed that one line quote, he wanted to make sure you could curse on HBO,” Duva said jokingly.

Main Events has a steady stable of 175lbers. But the question is will HBO greenlight some of them. Duva says,” I would hope so, Isaac Chilemba is showing his talents. We have Dudchenko. There’s a few other fighters that are into the 10-15 ranking fight range that are going to move up and want to make a name for themselves.”

“I think what we’re doing  is growing Sergey’s brand and every time he appears it gets bigger and better. It’s his first main event on HBO, sold out the place. I hear there was a lot of action on twitter so that’s always a good sign. He’s making his statement and he’s making it known. Everyone at 175 is going to have to face him sooner or later. I see him filling up the big room in Atlantic City one day.HBO has made every single star in boxing in the last 20 years and I think that they just found they’re next one.”

So what about the agreements that were in place with Stevenson and his promoter Yvon Michel?

“Its our position that we have an agreement  to fight Stevenson. We are going to reserve all our rights to protect that agreement.” Could this end up in court? Duva responded by saying, “You never  know.”