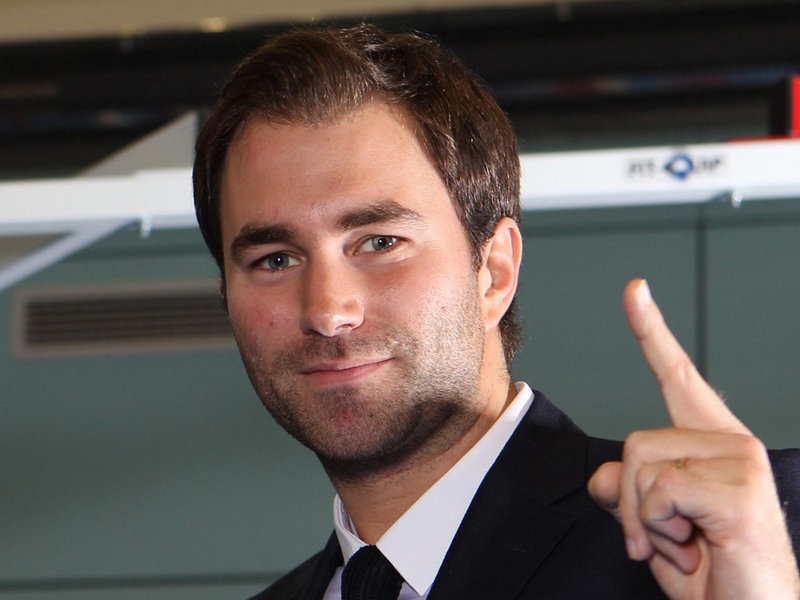 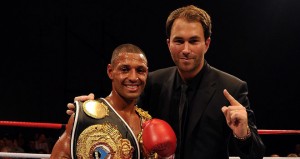 On May 30th, the UK promotional outfit Matchroom Sports will be holding a huge Pay-Per-View card at the O2 Arena in London. The bill will be topped by IBF World welterweight champion Kell Brook(34-0, 23KO’s) defending his title against the Birmingham-bred southpaw Frankie Gavin(22-1, 13KO’s). It will cost the viewing public upwards of £15.00 judging from the cost of previous shows of this kind.

Eddie Hearn -head of Matchroom- recently took part in an extended Q&A session with Kugan Cassius of iFL TV in which he answered the queries of the boxing viewers. One of the questions pertained to this upcoming card and whether it is worthy of being elevated to a paid show when most boxing in the UK comes along with various monthly subscription packages. The person who wrote in thought not, Hearn readied his defence.

“Totally disagree. There’s three elite fights headlining that card; Lee Selby against Evgeny Gradovich for the IBF featherweight title. Kevin Mitchell against Jorge Linares for the WBC lightweight title which is unbelievable, and Kell Brook against Frankie Gavin for the IBF welterweight title. It’s two Brits fighting for the world title in the same division as Mayweather and Pacquiao.”

“Is Brook-Gavin a PPV fight on its own? No.”

When viewed in it’s entirety the card is dense with competitive, high-stakes match-ups, even if the main event is somewhat lacking in glamour. It is on this basis that Hearn justifies charging Sky customers an extra fee on top of their monthly subscription, but he defends the quality of the headline act, citing the huge implications the result of that fight could have on the global scene.

“Brook-Gavin is a huge domestic fight. I think it’s a division that’s just so fruitful and relevant with Pacquiao and Mayweather. You got [Kevin] Johnson against [Anthony] Joshua; you’ve got [John] Ryder against [Nick] Blackwell [and he continues to list the rest of the fights]. The fact is this is a Pay-Per-View card, and it delivers value for money. It’s up to you whether you buy it or not.”

By the time May 30th rolls around the IBF strap will be the only one outside Mayweather or Pacquiao’s orbit after they’re done with each other on May 2nd, which makes it a valuable commodity should either of them decide they want to unify the division. The winner of Brook-Gavin will, by the very nature of the situation, be mentioned alongside the winner of Mayweather vs. Pacquiao, so there is more at stake for them than just the belt and the payday.

The other two fights that will prop up the main are also full of intrigue. Lee Selby(20-1, 8KO’s) has made his professional progression in front of the public’s eyes since the early days of his career and is considered one of the more capable stylists on these shores. A victory against Gradovich(19-0-1, 9KO’s) will be the culmination of an arduous road that has been signposted with doubters all along the way, and the man from Barry, Wales is looking to justify the self-belief he has exhibited since he first graced British TV screens.

And then there’s Kevin Mitchell(39-2, 29KO’s). The Dagenham lightweight has had a turbulent career but has been on a smooth run since reuniting with his amateur coach Tony Sims a couple of years back. His previous two attempts to crack the top level ended quite disastrously against Michael Katsidis and Ricky Burns, but he’s on the crest of a wave now after two very impressive wins over Ghislain Maduma and Daniel Estrada last year. The champion Linares(38-3, 25KO’s) is a different breed altogether though; a three-weight champion already who used to spar with Manny Pacquiao at the Wild Card Gym. This fight has a ‘last-chance-saloon’ feel to it for a man who was looking like the next Ricky Hatton when he was first coming up.

These three fights cushion the blow to one’s bank account. Nobody wants to pay through the nose for boxing, but if that unseemly process cannot be avoided we can only hope for some good scraps and on paper, it looks like we just might get them. The extra cost comes at an inconvenient time; just twenty-eight days after another PPV event on Sky, the aforementioned #MayPac. The timing could have been better, but nobody will be complaining too hard afterwards if the bouts live up to their billing.